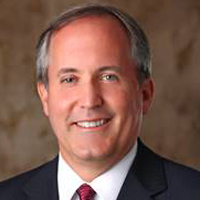 Updated: A modified ABA professional conduct model rule that makes discrimination and harassment based on race, sex and religion an ethical violation for lawyers violates free speech rights, according to the Texas attorney general.

Texas Attorney General Ken Paxton shared his view with Charles Perry, a Republican Texas state senator who requested an opinion on the matter, the Washington Post’s Volokh Conspiracy reports. Perry is a certified public accountant from Lubbock. The state supreme court has not adopted the model rule to the Texas Disciplinary Rules of Professional Conduct.

Model Rule 8.4 was amended by the ABA’s House of Delegates in August 2016 at the ABA Annual Meeting to state it is misconduct to “engage in conduct that the lawyer knows or reasonably should know is harassment or discrimination on the basis of race, sex, religion, national origin, ethnicity, disability, age, sexual orientation, gender identity, marital status or socioeconomic status in conduct related to the practice of law.”

“While decisions of the United States Supreme Court have concluded that an attorney’s free speech rights are circumscribed to some degree in the courtroom during a judicial proceeding and outside the courtroom when speaking about a pending case, Model Rule 8.4(g) extends far beyond the context of a judicial proceeding to restrict speech or conduct in any instance when it is ‘related to the practice of law,’” Paxton’s Dec. 20 letter (PDF) reads.

Some have suggested that attorneys speaking about illegal immigration, same-sex marriage or laws restricting bathroom usage could be subject to discipline under Model Rule 8.4, Paxton wrote.

Paxton’s letter goes on to say that he thinks the rule would not hold up in court. It infringes on First Amendment rights to freedom of speech, free exercise of religion and free association, he says, and a court would also likely conclude it is overly broad and void it for vagueness.

“Texas Attorney General Paxton misinterprets ABA policy,” said Linda A. Klein, president of the ABA, in response to Paxton’s opinion. “This proposed rule expressly states that it in no way infringes on free speech or the ability of an attorney to zealously defend any client (or choose not to defend a client) based on the client’s beliefs. This proposed rule exemplifies the ABA’s strong policy that there is no place in the practice of law for discrimination or harassment.”

ABAJournal.com: “Discrimination and harassment will be legal ethics violations under ABA model rule”

Updated on Dec. 22 to clarify that Model Rule 8.4 pertains to discrimination as well as harassment and include the language of the amendment.