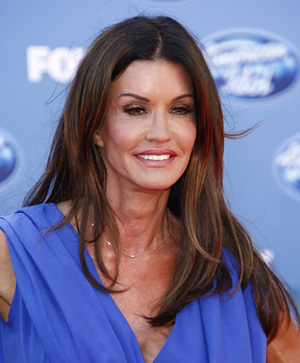 A model testifying in Bill Cosby’s criminal trial on Thursday said the comedian invited her to Lake Tahoe to discuss her career in 1982, then gave her a blue pill and raped her in his hotel room.

Model Janice Dickinson was the fourth woman allowed to testify to establish prior bad acts by the comedian in his retrial for the alleged sexual assault of Andrea Constand, report the Legal Intelligencer, the Associated Press and Philly.com.

Constand has alleged Cosby sexually assaulted her in 2004 after giving her pills, supposedly to help her relax. One other accuser besides Constand is set to testify as a result of a pretrial ruling by Judge Steven O’Neill.

The judge also allowed revelation of the settlement amount in Constand’s civil suit against Cosby after he agreed to the disclosure. Prosecutors revealed the amount in opening statements: $3.38 million, the New York Times reported.

Dickinson testified that Cosby gave her the pill during dinner when she complained of menstrual cramps, then took her to his hotel room when she began to feel woozy. Dickinson said the pill left her unable to move as Cosby got on top of her on the bed and raped her.

Dickinson had told of the alleged assault on Entertainment Tonight in 2014. She also said she wanted to include the rape description in her memoir, but the publisher and ghostwriter told her it “would never get past Cosby’s legal team.”

ABAJournal.com: “Bill Cosby has a new lawyer and additional witnesses in retrial for alleged sexual assault”