Toilet-paper prank by middle schoolers leads to indictment for mom 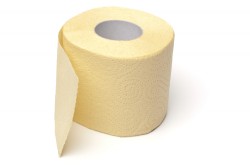 A Texas mom accused of helping middle-school girls entertain themselves during a sleepover by toilet-papering a neighbor’s home has been indicted by a Tarrant County grand jury.

Tara Mauney of Colleyville will face a criminal mischief case for helping perpetrate the prank, which left a neighbor’s home covered in toilet paper, mustard and peanut butter and did $6,000 worth of damage, according to the Dallas Morning News.

Police said a toilet was also left in the driveway and raw chicken was put in the home’s mailbox. None of the girls were charged.

“We plan on presenting a vigorous defense if this heads to trial,” her lawyer, Tom Hall, told the newspaper. “We have key eyewitnesses who know Tara was not a part of any criminal activity.”

Mauney was reportedly pinpointed as a suspect in the case when police learned she had been at a local Walmart purchasing more than 100 rolls of toilet paper with a group of children the night before the vandalism. Store surveillance confirmed the information.