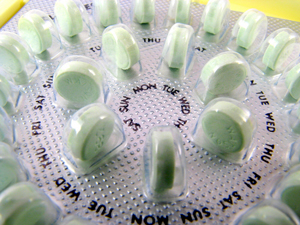 More employers can exempt themselves from providing contraceptive coverage under the Affordable Care Act as a result of new regulations issued on Friday that accommodate moral as well as religious objections.

The new regulations are “almost certain to spark fresh litigation,” the Washington Post reports. The National Women’s Law Center says it plans to argue in a lawsuit that the new policy discriminates against women and allows employers to impose their religious beliefs on their workers. The American Civil Liberties Union announced it is filing a lawsuit on Friday that claims violations of the equal protection and establishment clauses.

The interim final regulations allow both for-profit corporations, including those that are publicly traded, and nonprofit groups to claim an exemption from the contraceptive mandate on religious grounds, according to the Washington Post and the Associated Press. Employers, with the exception of publicly traded companies, can also claim an exception on moral grounds, according to the Post and the regulation (PDF at page 51). The religious objection regulation is here (PDF).

The new rules generally provide that abortion coverage is paid for through a separate premium collected from enrollees, according to AP.

The contraceptive mandate is part of insurance requirements in the Affordable Care Act that apply to employers with more than 50 workers. Churches were exempted and religious employers were allowed to opt out, according to National Public Radio.

Employers that sought an exemption on religious or moral grounds had to provide notice, which made its insurer responsible for providing coverage. According to the Post, “that situation will continue.” But NPR says women may no longer have access to coverage through the workaround.

Dozens of lawsuits had challenged the contraceptive mandate. The U.S. Supreme Court ruled in Burwell v. Hobby Lobby Stores in 2014 that closely held companies with religious objections to providing birth control coverage did not have to provide it.

A second set of legal challenges filed by religious nonprofits contested the requirement that they provide notice when they sought an exemption from the contraceptive mandate. The U.S. Supreme Court had agreed to decide the issue in Zubik v. Burwell, but in May 2016 the court noted a potential compromise and remanded the case. There has been no resolution, according to Politico.