More women are attaining law firm partnerships: Is the Me Too movement providing a boost? 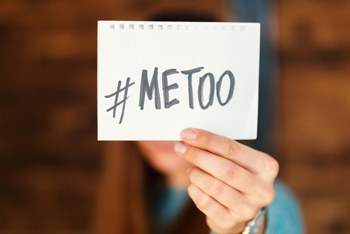 Women are being promoted to law firm partnerships at a faster pace since sexual misconduct allegations against movie producer Harvey Weinstein helped spur the Me Too movement.

The rate of partner promotions was about 125 per month in the year before the Weinstein allegations and about 265 per month afterward.

The information is from ALM Intelligence’s Legal Compass database of more than 1,300 law firms. The database doesn’t necessarily include every partner promotion at those firms, but it does capture the vast majority, the American Lawyer explains.

The article notes that several women have recently been promoted to leadership posts. They include Donna Wilson, named to become CEO and managing partner of Manatt, Phelps and Phillips in July 2019; Julie Jones, who will become the first female chair of Ropes & Gray at the end of 2019; and Patricia Brown Holmes, who became managing partner of Riley Safer Holmes & Cancila in April.

Women interviewed by the American Lawyer differed on whether the Me Too movement was a reason for the higher partnership numbers. Mary Leslie Smith, who became managing partner of Foley & Lardner’s Miami office earlier this year, said the movement has raised awareness. “Firms began to look internally and ask, ‘Are we doing right by our women?’ ” Smith said.

Debra Baker, a lawyer and managing director at GrowthPlay, wasn’t sure whether the Me Too movement was a factor in the partner promotions. “I don’t think we have had enough time to evaluate that,” said Baker, a former senior writer for the ABA Journal. She believes the most significant factor is a demand for diversity by clients.