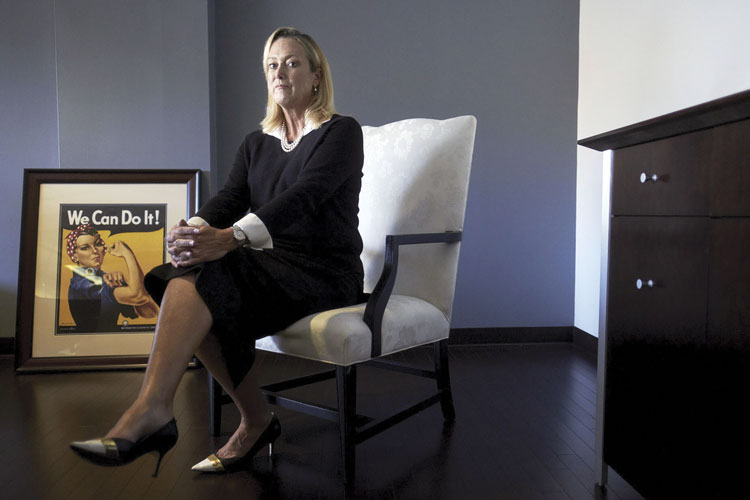 A motion to settle the employment lawsuit brought by female lawyers at Chadbourne & Parke was filed by plaintiffs counsel Wednesday, and the three plaintiffs will reportedly receive between $250,000 and $1 million apiece.

Chadbourne merged with Norton Rose Fulbright in June 2017. According to the New York Law Journal, the parties agreed that $1 million will go to Kerrie Campbell, a Washington, D.C., lawyer who accused Chadbourne lawyers of paying female partners 21 percent less in average base pay than their male counterparts. Mary Yelenick, a former Chadbourne partner who is now of counsel at Norton Rose Fulbright, will receive $750,000, according to the article, and Jaroslawa Z. Johnson, who was managing partner of the firm’s Ukraine office, will get $250,000.

The plaintiffs are represented by Sanford Heisler Sharp, and attorney fees are more than $1 million, according to the New York Law Journal. A declaration filed with the consent motion states that Sanford Heisler spent more than 3,600 hours on the case. Johnson and Yelenick entered stand-alone agreements with the firm now known as Norton Rose Fulbright on Jan. 22, according to the declaration, and Campbell reached an agreement with Norton Rose Fulbright on Feb. 27.

Dan McKenna, Norton Rose Fulbright’s national director of communications, told the ABA Journal that the firm is hopeful the court will approve the settlement.

“We are pleased that the parties have resolved (the claims) after a hard-fought litigation, and we are hopeful that the court will approve the settlements,” she said.

Campbell’s lawsuit, when filed in 2016 sought $100 million in damages as well as class-action status. The suit argued that when Campbell joined Chadbourne, she thought there was only a one-tier partnership. But she discovered that the management committee could hire and promote partners without the general partnership’s knowledge. Campbell also alleged that she received far less in annual compensation than the $750,000 she was expecting, based on her offer letter, and partners treated her business development like a fluke. The action was filed in U.S. District Court for the Southern District of New York.

“I’m bringing the lawsuit because I think discriminatory treatment needs to stop,” Campbell told the ABA Journal in July. “Many women who have been treated unfairly do not try to seek a remedy because it is difficult. But nothing will change if people do not stand up.”

In addition to Campbell, Sanford Heisler in 2017 represented former Sedgwick partner Traci Ribeiro in an Equal Pay Act lawsuit, which settled for an undisclosed amount, and a Jane Doe plaintiff who in May filed a lawsuit against Proskauer Rose, alleging Equal Pay Act and Family and Medical Leave Act violations. The Proskauer action, filed in the U.S. District Court for the District of Columbia, is ongoing. According to a March 12 filing by the plaintiff, she recently received a right-to-sue letter from the Equal Employment Opportunity Commission.

Updated on March 15 to add a statement from Sanford Heisler Sharp..