Movie Review: 'Bridge of Spies' offers compelling look at one lawyer's impact on the Cold War 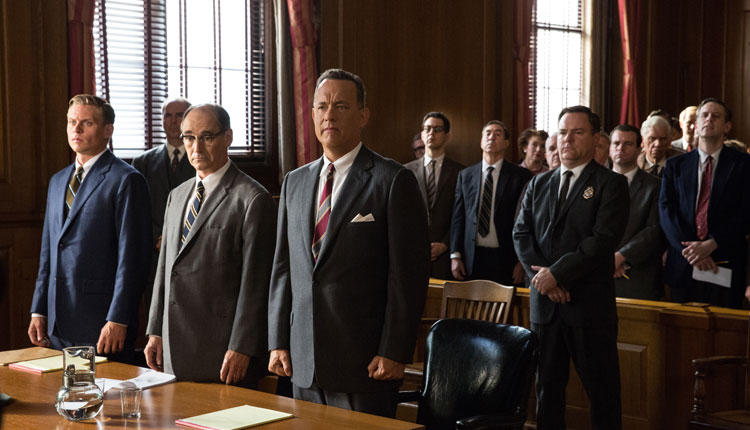 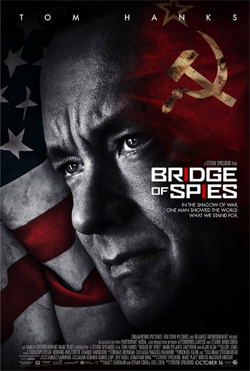 With a self-assured attorney squarely at the helm, director Steven Spielberg’s Bridge of Spies leaps from the shadows straight to the courtroom, then to the battlefield and back again, never once wavering from firmly held beliefs in democracy, diplomacy and the rule of law—which is why this is a film to watch, especially for lawyers.

After three grueling years of law school and passing the bar, lawyers often discover that the cases they’d like to tackle aren’t necessarily the ones which put enough food on the table. It’s very difficult to come across and try a case which eventually goes before the highest court in the land, much less one bearing both historical and international significance.

Yet that’s the precisely the story of real-life insurance attorney James Donovan, who is portrayed in Bridge of Spies by two-time Academy Award winner Tom Hanks. In 1957, the New York State Bar approached Donovan to represent an alleged Russian spy to give the appearance of–but not to actually provide–a fair trial. Refusing to be part of the charade, Donovan provides zealous representation for his client, taking the case all the way to the U.S. Supreme Court. And, while this isn’t the climax of the film, if you’ve missed Atticus Finch, Hanks in Bridge of Spies is the closest you’ll get to the role made famous by Gregory Peck. 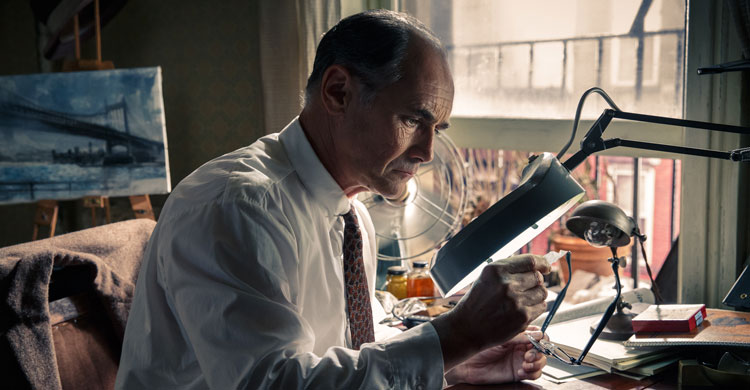 Through the Eyes of the Master

Three-time Tony Award winner Mark Rylance portrays Rudolf Abel, a KGB agent who is also an accomplished artist. Spielberg fittingly finds time to showcase artists of all types in this picture, but the true artistry is, of course, his own. The courtroom scenes are frequent, yet minimized for impact. Dialogue with mounting tension nestles neatly between intense action sequences. A courtroom decision is quickly coupled with the harrowing crash of U-2 spy plane pilot Gary Powers over Russian soil. Spielberg carefully paints the political backdrop of three nations in conflict, and depicts the charm of the era in spite of pervading paranoia over very real fears of mutually assured destruction.

In fact, the only thing missing from Bridge of Spies’ perfectly-crafted, fabulous ’50s are the rampant smoking of cigarettes and the cadence of speech actors of the era adopted. This omission is most likely to convey honesty and create a connection with modern audiences, but touches of these cliches are used sparingly in a montage for comedic effect with a nod to Dr. Strangelove.

Roiling red scare aside, one could easily lose oneself in Spielberg’s New York of the 1950s. Photo courtesy of Walt Disney Studios.

The true drama unfolds far outside the courtroom and is due (in no small part) to Donovan’s foresight. Partially set against a war-torn Eastern Europe, parallels to the Spielberg/Hanks project Saving Private Ryan (1998) may come to mind. Juxtaposed with a Russian in a bustling post-WWII America, however, Bridge of Spies feels a bit more like a combination of Saving Private Ryan and the lesser-known Spielberg/Hanks effort, The Terminal (2004).

Though they still find gold, audiences will therefore most likely be reminded that both actor and director are once again tapping into their favorite midcentury vein. But this particular odyssey remains fresh and is easily navigated thanks to a screenplay by Matt Charman and the duo who brought us O Brother, Where Art Thou?: three-time Academy Award winners Ethan and Joel Coen.

As tensions escalate between Russia and the U.S. over the Syrian civil conflict in the Middle East, it’s interesting to revisit a time when the Cold War was at its height. The fact that Bridge of Spies attempts to build a bridge between our two countries is as welcome as it is apparent. 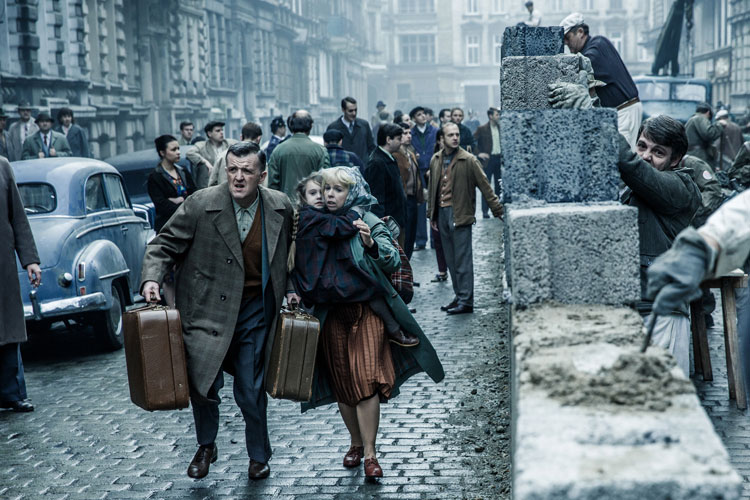 Pop culture junkie Brenan Sharp is the design director at the ABA Journal and has regularly written reviews for Maxim, Playboy, Car & Driver and Music City News. He continues to cover events for RacingJunk.com.