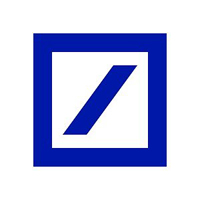 The subpoena was issued several weeks ago, report Reuters, Bloomberg (reg. req.) and the Wall Street Journal (sub. req.) in stories relying on an unnamed source.

Deutsche Bank has loaned Trump entities more than $300 million. The bank had previously rejected demands for information by Democrats probing Russian influence, saying a subpoena or formal request was required.

A lawyer for Trump, Jay Sekulow, told Reuters that Deutsche Bank has not received any subpoena for financial records relating to the president as part of Mueller’s probe.

“We have confirmed that the news reports that the special counsel had subpoenaed financial records relating to the president are false,” Sekulow said in a statement. “No subpoena has been issued or received. We have confirmed this with the bank and other sources.”

Deutsche Bank agreed in January to pay $630 million in fines to New York’s banking regulator and a U.K. agency for sham trades that could have been used to launder Russian money, according to Reuters.

A source told Bloomberg that the bank’s own investigation found no connection between its relationship with Trump and the trades.

Updated on Dec. 6 to include Sekulow’s statement.