Multistate bar exam scores drop to lowest point ever; is there a link to low-end LSAT scores?

The average score on the multistate bar exam in February 2017 dropped by another point, reaching the lowest level since the exam was first administered in 1972.

Erica Moeser, president of the National Conference of Bar Examiners, confirms that the average score was 134.1, compared to an average score of 135 in February 2016.

The decline likely portends another drop in overall bar passage rates, according to the blog Excess of Democracy, which broke the news after finding the information in statistics released by the state of Pennsylvania. Above the Law and TaxProf Blog note the blog post.

Bar pass rates fell to 58 percent in 2016, hitting the lowest point recorded in 10 years of figures released by the National Conference of Bar Examiners. Law360 noted those statistics, published in the March issue of the Bar Examiner.

Moeser attributed the February drop in MBE scores partly to differences in law school admission patterns. Law school applications are declining, she said, “without a consistent decline in terms of the number of students enrolled.” 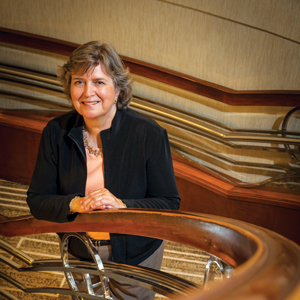 Does that mean that exam scores are falling because of a decline in law school standards? “I wouldn’t say that,” Moeser said. “That would enrage the law schools. I do think we’re looking at different enrollment patterns, and we’re looking at decisions on who to admit.”

Moeser points to a decline in LSAT scores at the top of the bottom quarter among admitted students. In fact, she says, only one law school in the country since 2010 has both increased enrollment and increased the LSAT score of its 25th percentile students. She declined to name the school.

Some schools admitting students with weaker LSAT scores are taking aggressive efforts to educate those students, and she believes that’s why multistate bar exam scores are increasing in some states. Law schools are thinking about how people learn from the top to the bottom of the class, she said.

“As schools are really addressing how one educates a diverse population in law school, some very good things are happening,” she said.

ABA Journal (2016): “What do falling bar-passage rates mean for legal education–and the future of the profession?”