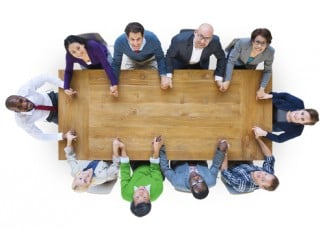 The percentage of female and black associates increased slightly in law firms in 2016, though the representation is still below 2009 levels, according to a new report by the National Association for Law Placement.

The report (PDF) also found increases in the percentage of female and black partners, as well as increases in Asians and Hispanic lawyers at the partner and associate levels.

NALP executive director James Leipold said in a press release that the statistics help highlight “the overall progress, or lack thereof, in achieving greater diversity among the lawyers working in U.S. law firms.”

“While it is encouraging to see small gains in most areas this year,” Leipold said, “the incredibly slow pace of change continues to be discouraging.”

The report, which is based on information in a NALP directory of legal employers, found that:

The report also found that representation of women and minorities in the summer associate ranks compares much more favorably to the population of recent law school graduates. But diversity levels decline decline from summer associates classes, to associates, to partners.

The dropoff, Leipold said, “underscores that retention and promotion remain the primary challenges that law firms face with respect to diversity.”