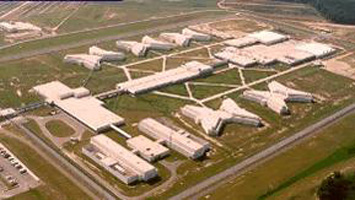 In at least 17 states, prisoners began a 19-day strike Tuesday to protest prison conditions and call for criminal justice reform.

The protest comes months after a deadly riot at the Lee Correctional Institute in South Carolina in April, where multiple prisoners died in the melee.

“Seven comrades lost their lives during a senseless uprising that could have been avoided had the prison not been so overcrowded from the greed wrought by mass incarceration, and a lack of respect for human life that is embedded in our nation’s penal ideology,” read a statement released by Jailhouse Lawyers Speak, a group of incarcerated prisoner rights advocates leading the strike.

The riot was the deadliest prison riot in 25 years, according to the National Public Radio blog The Takeaway.

The demands listed in the press release include changes to institutional rules and state and federal law, including:

• Minimum wage be paid for prison labor.
• The right to vote be returned to incarcerated and released people.
• So-called truth in sentencing laws that limit access to parole be abolished.
• Rehabilitation programs be more accessible to prisoners and better funded.
• The Prison Litigation Reform Act—which places barriers on prisoners filing federal lawsuits—be rescinded.

The demands also include ending “racial overcharging” and reinstating Pell Grants for higher education to those with criminal records.

The activists may protest through work strikes, sit-ins, boycotts and hunger strikes, according to The Appeal.

The 13th Amendment “gave slavery a legal place to be used in our country,” said Amani Sawari, a non-incarcerated organizer of the strike, on The Takeway. “So, prisoners want to see that amendment abolished. And then, when that Amendment is abolished, the work they do, they can be paid a prevailing wage.”

The 13th Amendment, which ended slavery reads, “Neither slavery nor involuntary servitude, except as a punishment for crime whereof the party shall have been duly convicted, shall exist within the United States, or any place subject to their jurisdiction.”

Sawari and the prisoners take issue with the exception clause. She said, “there’s no such thing as an abolition of something where there is an exception clause.” This argument has been popularized by director Ava DuVernay’s documentary 13th.

Today, the U.S. has the largest jail population in the world—about 2.3 million—and there are more black people in the prison system than were enslaved in 1850.

The strike began on the anniversary of the death of George Jackson, a Black Panther and prison activist who was incarcerated at San Quentin State Prison in California. Jackson died on Aug. 21, 1971, during a failed prison escape. Two weeks later, on Sept. 9, prisoners at Attica State Prison in New York rose up and took the facility hostage, demanding changes to their treatment.

The current strike will end Sept. 9.

Some analysts have noted the similarities in the demands between the prisoners at Attica and those made during this current strike.

“This is 47 years later, almost 50 years later and many of the demands are the same,” Lauren-Brooke Eisen, a senior fellow at the Brennan Center for Justice at New York University School of Law, told Vox. “I think it would make the hairs stand up on your arms a little bit to think that almost 50 years later, incarcerated people are still advocating for some of the same conditions that we haven’t done a lot to change.”