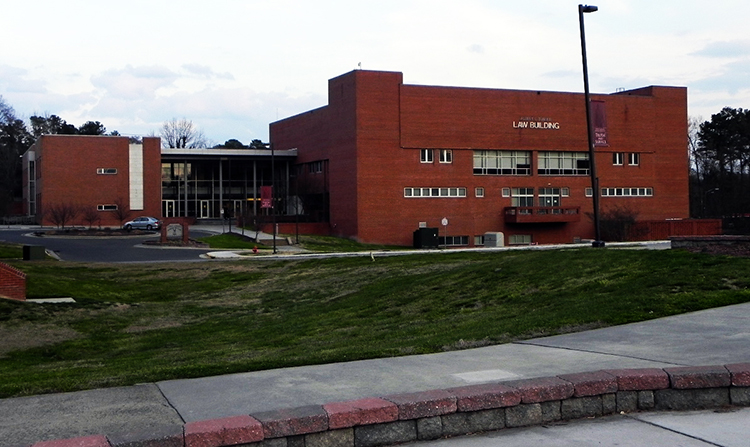 The law school at North Carolina Central University, which was found to be out of compliance with an ABA accreditation standard related to admissions, will no longer admit students with LSAT scores below 142, the Herald Sun reports.

The law school has “no set enrollment target” for the first-year class starting in 2018, according to the article, which refers to a response the school sent the ABA.

Barry Currier, the ABA’s managing director of accreditation and legal education, notified the law school in December that the accreditation committee found it to be out of compliance with Standard 501(b) and Interpretation 501-1, which states that factors to consider in determining compliance include academic and admission test credentials, the school’s academic attrition and recent graduates’ bar passage rates.

A response was due Feb. 1, and Currier’s letter asked that the law school appear before the accreditation committee at its June 2018 meeting.

“We have always utilized a holistic approach to admissions, recognizing that each applicant is so much more than a number,” Phyliss Craig-Taylor, the law school’s dean, told the ABA Journal in an email .“In light of the communication from the ABA, we are digging into the analytics and examining our admissions process. With new standards and new interpretations being implemented, new strategies and approaches are necessary. We are confident that we are doing all that is required to be achieve student success.”

In January, Johnson Akinleye, interim chancellor of the university, told an alumni group that the law school sees itself as an opportunity school, and they will continue giving chances to applicants who don’t have top LSAT scores and undergraduate GPAs.

According to its Standard 509 Information Report for 2017, North Carolina Central’s median LSAT score is 145, and its 25th percentile GPA is 142. Seventy-five people, 59 of whom were people of color, left the law school through nontransfer attrition, the report states.

Greg Doucette, president of the law school’s alumni association, told the Herald Sun in an earlier article that NCCU Law’s nontransfer attrition is not unusual for the school. According to him, the school grades on a “C curve” and sends home first-year students who can’t maintain a 2.0.

He also told the newspaper that students who finish their first semester with a GPA under 1.4 are asked to leave.

“It’s not like running the tab for three years and then laughing to the bank as graduates flounder,” Doucette said.