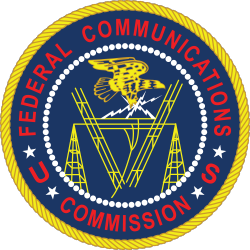 A federal appeals court has upheld rules by the Federal Communications Commission that bar internet providers from speeding up websites that pay a fee, and from slowing down Internet traffic to some consumers.

The decision (PDF) on Tuesday by the U.S. Court of Appeals for the D.C. Circuit is “a major victory to regulators in the fight over net neutrality,” the Washington Post reports. “More broadly, the decision affirms Washington’s ability to regulate internet providers like legacy telephone companies.”

The New York Times calls the decision “a slam-dunk for the FCC.”

At issue was a 2015 order by the FCC that reclassified broadband service as a telecommunications service subject to common carrier regulation. Broadband providers and their associations challenged the FCC’s authority to reclassify the services and claimed some of its rules that promote internet openness violated the First Amendment.

The open internet rules banned internet providers from blocking or impairing access to lawful content, from favoring internet traffic in exchange for payment, and from unreasonably interfering with users’ ability to access content. “In effect,” Tatel and Srinivasan wrote, the rules “require broadband providers to offer a standardized service that transmits data on a nondiscriminatory basis.”

The opinion saw no First Amendment problem. “Common carriers have long been subject to nondiscrimination and equal access obligations akin to those imposed by the rules without raising any First Amendment question,” Tatel and Srinivasan said.