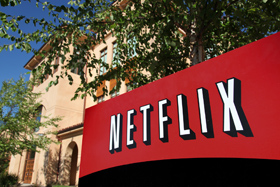 Netflix is sending an email to customers notifying them of a $9 million settlement that will benefit nonprofit privacy groups.

As part of the settlement, Netflix has agreed to change its data retention policies so it will no longer link customers with their rental histories after one year of canceled service, Reuters reported earlier this month. The company began sending the notice this week, according to 11AliveAtlanta and Tech Crunch.

The class action had claimed Netflix violated the Video Privacy Protection Act by keeping records of videos watched by its customers for at least two years after they canceled. In addition to changing its policy, the company will pay $9 million into a fund. From that amount, up to $2.25 million will pay attorney fees, up to $25,000 will cover expenses, and $30,000 will be paid to the six name plaintiffs, according to a press release.

But most of the money will go to advocacy groups that protect consumer interests such as the Electronic Privacy Information Center, its executive director, Marc Rotenberg, told 11AliveAtlanta.

The groups that will benefit have not yet been chosen. According to the settlement, the recipients will be nonprofits that educate consumers and regulators on protection of privacy, identification and personal information. Advocacy groups hoping to share in the award are invited to nominate themselves. The parties will then select nominations for court approval.