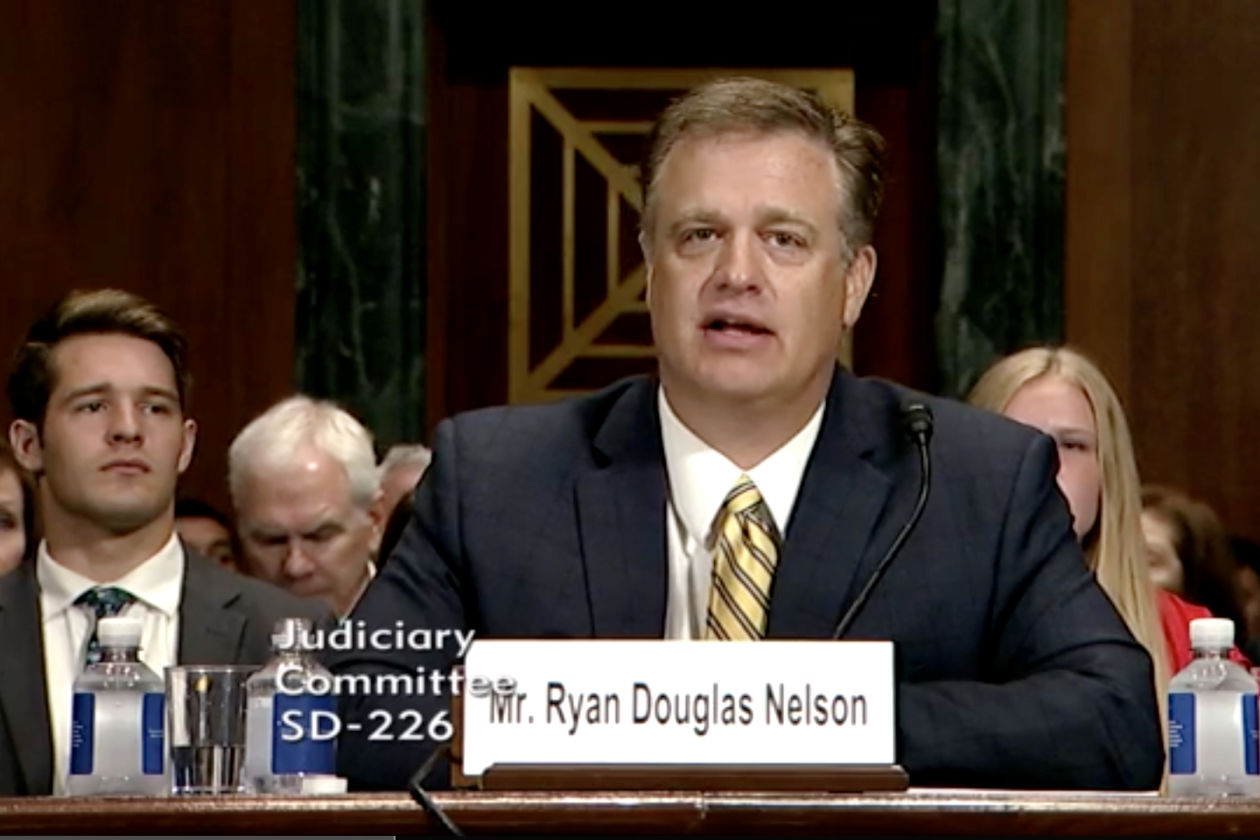 Ryan Nelson at his nomination hearing. Photo courtesy of the Senate Judiciary Committee.

A newly confirmed federal appeals judge has been cited for speeding a dozen times over the last two decades, leading to findings or pleas of guilty in nine cases, according to the Wall Street Journal.

Ryan Nelson, an Idaho lawyer who is general counsel for a nutritional supplements company, was confirmed to the 9th U.S. Circuit Court of Appeals at San Francisco on Oct. 11 by a vote of 51-44. He was sworn in on Sunday, East Idaho News reports.

Nelson “has no prior experience as a judge, but he’s no stranger to traffic courts,” the Wall Street Journal reports. He has received at least 28 citations for speeding and other traffic violations over a two-decade period, although there was no guilty finding or plea in about a third of the cases.

In addition to speeding citations, Nelson has been cited for making illegal turns; violating seat- belt laws; and failing to obey traffic lights and signs, to register his vehicle, to carry proof of insurance and to get a vehicle inspection.

Nelson has been general counsel for Melaleuca Inc. since 2009. According to the Idaho Press, the company is led by a prominent GOP activist.

In prior positions, Nelson oversaw environmental appellate litigation as an assistant attorney general at the U.S. Department of Justice, was special counsel for Supreme Court nominations for the GOP ranking member of the Senate Judiciary Committee, and was deputy general counsel at the Office of Management and Budget. He also practiced law at Sidley Austin.

Nelson attended law school with Sen. Mike Lee, R-Utah, at Brigham Young University and clerked for two federal judges. In a statement, Lee told the Wall Street Journal that Nelson “is a gifted lawyer and will be an outstanding judge.”