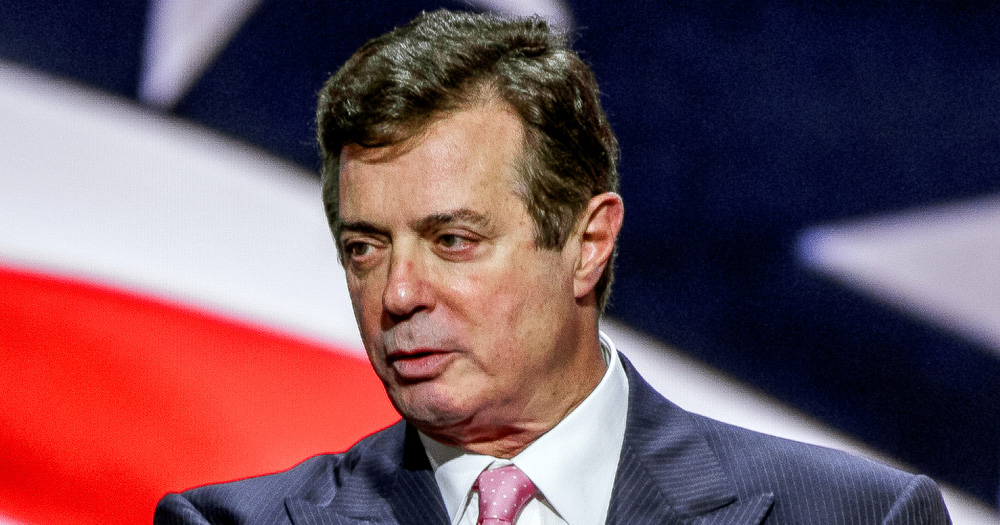 Both men were charged with conspiracy to launder money in October. The February indictment accuses Manafort of tax fraud and giving banks false information about his income when applying for mortgages, the New York Times reports.

The February filing was in Virginia federal court, because that’s where the two men filed their tax returns, the Washington Post reports. Prosecutors originally tried to file the new indictment with the pre-existing one, in Washington, D.C., but Manafort would not agree to it, according to the article, and that could lead to two separate trials.

Manafort has been under house arrest since October. Also on Thursday, a Washington, D.C., federal judge rejected Manafort’s offer to put up an Alexandria, Virginia, condo as part of his $10 million bail because he already pledged the property as collateral for another home he owns, in Long Island, New York.

Manafort’s attorneys argued that the New York home is worth $13.5 million, which is more than his $10 million bail, Politico reports. In a Feb. 22 minute order, U.S. District Judge Amy Berman Jackson wrote that both the Alexandria and Long Island properties are liable for foreclosure.

“The court has determined that in the absence of additional security or assets pledged by a surety, it will not accept as security the Alexandria property that has already been pledged in its entirety as collateral for the loan on the Bridgehampton property,” the order reads.

Manafort has offered four properties to secure the bond, according to Politico, including a Trump Tower apartment in Manhattan.

“To the extent that defendant wishes to offer the Fifth Avenue property as part of the security for the bond in a future pleading, he must supply records from the lender verifying that the mortgage payments are current,” the order reads.