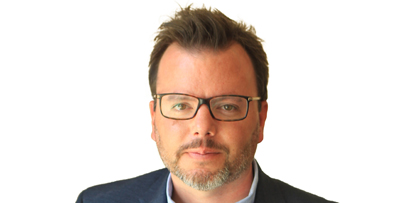 
For Chad Burton, the CEO of both businesses, he says the “time’s right” both for him and the legal industry to dig deeper into how legal services can be improved.

“The purpose of rolling out the Studio is to build on the work that we’ve already started at Curo, focusing on the modernization of legal services,” he says. “The venture studio model is one that will allow us to scale more ideas more quickly.”

The Studio is a legal technology and process incubator to improve the delivery of legal services with the “moonshot” goal of “solving” the access to justice problem within 10 years. In a June 2017 report, the Legal Services Corporation found that “86 percent of the civil legal problems reported by low-income Americans received inadequate or no legal help” over the past year.

The venture studio model, which has grown in popularity over the past few decades, promotes the rapid development of new ideas through software development and business coaching, for example. In the case of CuroStudios, once internal ideas and projects become more mature they will likely spin off into stand-alone companies.

Broader in scope than some of his previous work, Burton says the Studio is not solely focused on technology.

Initially, CuroStudio looks to build lawyer- and consumer-facing projects, including an exploration of how blockchain—the distributed ledger technology behind bitcoin and smart contracts like Ethereum—can improve legal services; the development of a franchise model for law firms, which builds on existing resources like ABA Blueprint; and developing a cryptocurrency for the legal industry.

To build a cryptocurrency, Burton plans to launch an initial coin offering in the first half of the year, which will raise money for this and other projects.

Looking ahead and with an eye towards experimentation, Burton says some the projects “will be good, and some will likely be awful.”

This announcement comes shortly after Nicole Bradick, a previous partner at CuroLegal, departed to launch Theory and Principle, a legal technology design company.

In addition to CuroLegal, CuroStudio is a partnership with Lawyerist; Mile Two, an Ohio-based software development company; and Billie Tarascio, owner of Modern Law, a divorce firm in Arizona.