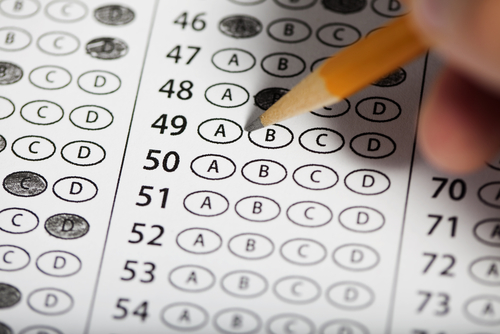 The Law School Admissions Council, which recently announced that it was eliminating the limit on how many times could take the LSAT over a two-year period, released testing dates Thursday.

According to a press release (PDF) from the organization, the test will be offered annually six times, expanding from four. The first testing date is June 12, with other dates scheduled in September and December of 2017. In 2018, the LSAT will be offered in February, June, September and November.

“The additional test dates are an important part of LSAC’s continuing efforts to reduce barriers to entry into legal education,” Susan L. Krinsky, an associate dean for students and student services at the University of Maryland School of Law and chair of the LSAC’s board of trustees, said in the release. “The LSAT has always been the most valid, reliable, and widely used test in law school admissions. It is the best test for predicting success in law school, and therefore LSAC constantly explores ways to improve its delivery.”

Prior to the change, one could take the LSAT three times over a two-year period, The change could be influenced by an increasing amount of interest among law schools in accepting the Graduate Record Examination as an admissions test, Jeff Thomas, Kaplan Test Prep’s executive director of pre-law programs, told the ABA Journal in May.

The James E. Rogers College of Law at the University of Arizona accepts the GRE as an admissions test. Harvard Law School recently announced that it plans to accept the GRE as an entrance test and Northwestern University’s Pritzker School of Law is considering it.

The GRE can be taken at more than a thousand test centers worldwide, and is offered continuously throughout the year, according to the Educational Testing Service, which designs and administers the GRE. The LSAT is also offered outside the United States. Countries with international testing sites include Australia, India and Japan.