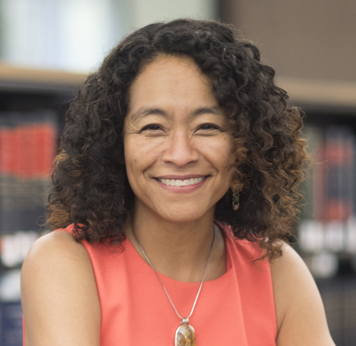 Corrected: Legal scholar L. Song Richardson took over as dean of the University of California at Irvine School of Law on Jan. 1.

Richardson is currently the only woman of color to serve as a dean of a law school with a top 30 ranking in U.S. News & World Report, according to a press release. She replaces founding dean Erwin Chemerinsky, who left the school in May to become dean at University of California Berkeley School of Law.

Richardson, who was serving as interim dean, has been a faculty member at Irvine since 2014. She teaches and writes in the areas of criminal law, criminal procedure, and law and social science. According to the press release, she uses lessons from cognitive and social psychology to study criminal law and policing.

A September 2017 profile in Orange Coast magazine describes Richardson as one of the nation’s leading experts on racial bias and the criminal justice system. Her father is African-American and her mother is a Korean immigrant.

After her graduation from Yale Law School, Richardson was a Skadden Public Interest Fellow in immigration law. She has also worked as a public defender, a partner at a boutique criminal law firm, and a law professor at DePaul University, American University and the University of Iowa.

Richardson told the Recorder (sub. req.) that she hopes to work with the university “to continue to redefine, reinvent, and reimagine the future of legal education. We want to be where legal education is going, not where it’s been.”

She also commented to the Recorder about her position of as the only woman of color at a top law school.

“Through my life I have been inspired by other women and the incredible work they’ve done, and I hope with me in this position it will potentially inspire other women to dream big and work hard to achieve their dreams,” Richardson said.

Corrected at 8:15 p.m. to remove statement that Richardson made history in her appointment. She is currently the only woman of color serving as dean of a top 30 law school.

Next:
Pittsburgh firms team up to offer AI contract review software to clients