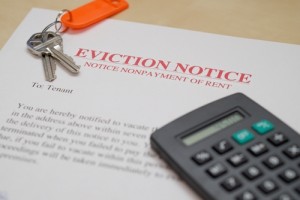 New York City is the first municipality to guarantee attorneys for residents who face eviction or foreclosure and are considered low-income.

Mayor Bill de Blasio signed the bill Friday, DNAInfo reports. Those who earn up to double the federal poverty line—$98,400 for a family of four—will qualify, according to the article.

“Over the course of the next five years, there will be a phase-in process, so it’s going to take five years to get to the point where all tenants who are under 200 percent of federal poverty guidelines get full representation,” Marika Dias, director of the Tenant Rights Coalition at Legal Services NYC, told City Lab.

“But in addition to that, the legislation provides for tenants who are over that income threshold to also get some legal services as well,” she added. “By the time we get through the five-year phase-in, 100 percent of tenants in housing court will have access to either full representation or the advice of the lawyer.”

In 2015, almost 22,000 city residents were evicted and approximately 20 percent had counsel, Mark Levine, a city councilman who co-sponsored the bill, told DNAInfo.