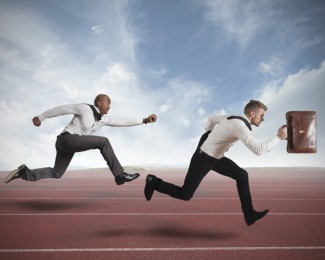 New lawyer Scott Neal is among the lucky law grads who have landed a law firm job.

But his position at the firm in Birmingham, Mich., is only part-time. He also works as a building supervisor at the YMCA and as a tree trimmer, the Detroit Free Press reports in a story reprinted by USA Today. The story asks the question: Is part-time work the new normal?

“My parents are pressuring me to get a full-time job, even if it’s not in law,” says Neal, who lives with his parents.

Nearly 1 million new jobs were created this year, but 80 percent of the positions were part-time, the story says. Involuntary part-time workers who are looking for full-time work or working multiple jobs make up more than 19 percent of the workforce, up from 17 percent in 2007.

Derrick George is the lawyer who hired Neal. Six out of 10 of his employees are part-time, allowing him to avoid paying for health care and pensions. “Today’s business environment is different,” George told the Free Press. “This is the new normal.”