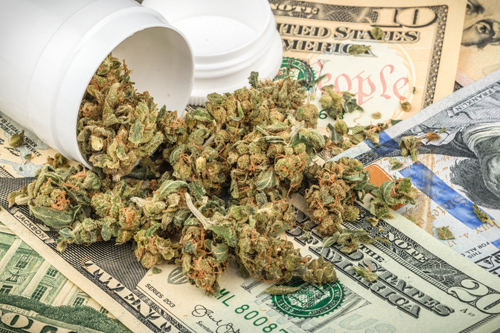 The new U.S. attorney for Massachusetts appeared to indicate Monday that legal marijuana sellers in the state could face federal prosecution.

Andrew E. Lelling’s statement follows Attorney General Jeff Sessions’ recent decision giving U.S. attorneys discretion on whether they want to enforce federal laws that prohibit the use and sales of cannabis. Massachusetts voters approved the legalization of marijuana in 2016, and stores were expected to open in July, the Boston Globe reports.

“I cannot … provide assurances that certain categories of participants in the state-level marijuana trade will be immune from federal prosecution,” Lelling tells the Globe.

A former assistant U.S. attorney who handled complex fraud cases, the Trump administration appointed him as the U.S. attorney for Massachusetts in 2017, and he received U.S. Senate confirmation Dec. 15, according to MassLive.com.

Last week, Lelling said in a statement that his office would “aggressively investigate and prosecute bulk cultivation and trafficking cases, as well as individuals who use the federal banking system illegally.” He did not specify if he would prosecute marijuana businesses or those who consume the drug, MassLive.com reported.

“I must proceed on a case-by-case basis, assessing each matter according to those principles and deciding whether to use limited federal resources to pursue it,” Lelling said last week.

In a second statement on Monday, Lelling noted “this is a straightforward rule of law issue” and that Congress has “unambiguously made it a federal crime to cultivate, distribute and/or possess marijuana.”

Municipalities in the state have been preparing for recreational marijuana sales and the federal government’s recent position is confusing, Geoff Beckwith, executive director of the Massachusetts Municipal Association, told the Globe.

“This is a knuckleball late in the process,” he said. “It’s a disruptive intrusion by the federal government into the activities of state and local governments, who have been working on this structure and implementing the will of the voters.”

Lelling’s stance seems more aggressive than that of other U.S. attorneys, the Globe noted, and came about shortly after sponsors of the 2016 marijuana legislation asked what his response would be to Sessions’ decision. In Colorado, where marijuana is also legal for recreational use, U.S. Attorney Bob Troyer issued a statement on Jan. 4 saying he didn’t plan to change his office’s approach to marijuana prosecution decisions.