New Year's Eve possum drop will go on without the marsupial; PETA says animal has no right to work 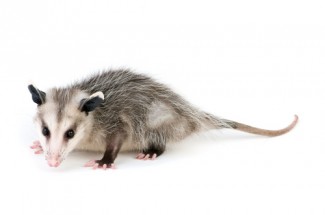 A live possum will be absent from the annual New Year’s Eve possum drop in Brasstown, North Carolina, this year following a three-year legal battle with People for the Ethical Treatment of Animals.

Festival organizer Clay Logan told the Wall Street Journal (sub. req.) and the Raleigh News & Observer that there would be no live possum at the event, though there would likely be a substitution.

“We’ll probably just lower some other form of possum, a dead possum, road kill maybe, or possum stew,” Logan told the Wall Street Journal in a story summarized at its Law Blog. “It is the possum drop after all.”

In past years, the event has featured a live possum in a plexiglass box lowered to the ground in the year’s remaining seconds. Amid objections by PETA, however, Logan has used a frozen possum found by the road and has rigged a plastic box with a remote controlled car to make it appear an animal was inside, he said in a deposition.

North Carolina legislators had passed two laws this year and last in a bid to keep the possum drop alive—the Opossum Right to Work Act and the Clay County Possum Exclusion. The exclusion law says no state wildlife law applies to possums between Dec. 26 and Jan. 2 in Clay County, where the possum drop is held.

PETA challenged the possum exclusion in Clay County superior court and complained in a blog post that possums have no right to work, but they do have a right to be left alone. PETA argued the exclusion was unconstitutionally vague and would allow possum mistreatment ranging from waterboarding to crucifixion, the News & Observer says.

A judge blocked the law from taking effect in early December, but said Logan could apply for a captivity license, the News & Observer says. PETA claimed in an emergency motion, however, that there wasn’t enough time to challenge any license that was issued. An administrative law judge said on Monday the issue was moot because Logan disclosed on Dec. 20 that a live possum would not be used.