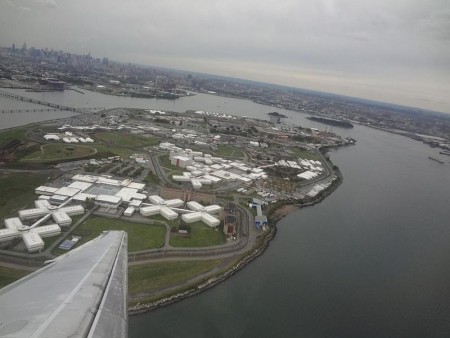 De Blasio said at a press conference that it would take at least 10 years to shut down the facility in a “long and arduous” process. Among the publications covering his announcement are NBC New York, the New York Times, the New York Daily News and WABC.

De Blasio said New York City’s success in reducing crime and reforming the criminal justice system made the closing possible. The Rikers Island jail population will have to be further reduced, and a few more jails will be needed, he said.

De Blasio’s announcement followed press reports that an independent commission had developed a plan to move inmates from Rikers Island to community jails over the next 10 years at a cost of $10.6 billion.

The plan would accomplish several goals, according to the Times. More modern jails could more easily provide services to inmates. The community locations of the jails would make it easier for family members to visit and would reduce travel time to court appearances. And, the Times said, closure would “provide a firm break from the history of brutal violence on Rikers Island by inmates, and, particularly, by correction officers” that produced a 2015 court settlement that required supervision by a federal monitor.

The commission report suggested several steps that could reduce the Rikers Island inmate population, including releasing more people before trial, increasing diversion programs, and treating some low-level offenses as civil rather than criminal violations.