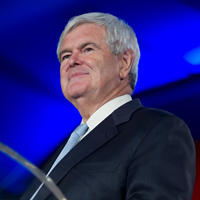 Former House speaker and GOP presidential candidate Newt Gringrich is joining Dentons as a senior adviser in its public policy and regulation practice.

A press release announcing the move says Dentons “is home to a deep bench of international, national and local leaders,” including its global chairman Joe Andrew, who is former chairman of the Democratic National Committee.

Gingrich, who isn’t a lawyer, told the Wall Street Journal Law Blog that Dentons’ global reach provides “an absolutely fascinating opportunity to try to bring the rule of law across the planet.” Dentons recently announced mergers with the Chinese law firm Dacheng and McKenna Long & Aldridge, making it the world’s largest law firm.

“Having been actively studying politics and government since 1958, I can look at longer time horizons and suggest to people: How do you avoid the problem before it becomes the big problem,” Gingrich told the Law Blog. He offered the example of Google, which may have been able to avoid its regulatory issues in Europe if it had “adopted a strategy of more proactively dancing with E.U. bureaucracy” several years ago.

Though Gingrich plans to devote a fair amount of time to his work at Dentons, he isn’t giving up other projects. His latest novel will be published in October and he is working on a project to teach young people about George Washington through a movie and social media campaign, according to the Law Blog.