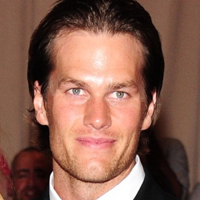 The National Football League lowered the boom Monday on the New England Patriots for deflating footballs in its AFC title game against the Indianapolis Colts prior to the Super Bowl.

Brady is not accused of actually deflating the footballs, but the NFL alleges he played a role in what has popularly come to be known as “Deflategate” based on a Paul, Weiss, Rifkind, Wharton & Garrison report overseen by attorney Ted Wells. It said Brady “was at least generally aware” the staffers’ plan to lower the air pressure in the balls under the 12.5 pounds per square inch required by the NFL. It also accused Brady of a lack of cooperation in the investigation.

“Each player, no matter how accomplished and otherwise respected, has an obligation to comply with the rules and must be held accountable for his actions when those rules are violated and the public’s confidence in the game is called into question,” said Troy Vincent, who serves as the NFL’s executive vice president of football operations, in a letter to Brady.

The New York Times (reg. req.) also has a story.