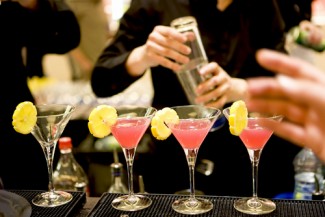 Minnesota law protects nightclub workers who were forced to cover the tab for deadbeat customers who didn’t pay their bills or failed to sign credit card receipts, the Minnesota Supreme Court has ruled.

The employees are protected even if their pay didn’t fall below minimum wage after making up the shortfalls, the court said. The Minneapolis Star Tribune covered the Aug. 14 decision (PDF).

The court ruled in a class action brought on behalf of about 750 servers, bartenders and security guards who worked at the now shuttered Drink and Spin nightclubs. The court found that tips qualify as wages under a Minnesota law barring mandatory wage deductions for lost or stolen property.

The case returns to the trial court for a determination of damages. Steven Andrew Smith, who represents the plaintiffs, told the Star Tribune the award could exceed six figures.

“This ruling deals with a practice that is sort of the dirty little secret of Twin Cities bars and restaurants—where if the till’s short, you’ve gotta pay if you want to keep your job,” Smith told the newspaper. “It sends the message that you can’t do that.”