No fall classes at Arizona Summit, school says, and a teach-out plan is being negotiated 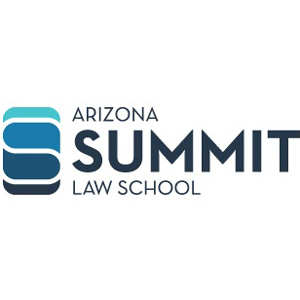 Updated: Arizona Summit School of Law will not be holding classes this fall, and it’s negotiating a teach-out agreement with another law school, according to a statement released by the school Tuesday.

Teach-out agreements provide an avenue for students of a law school that is closing to finish their degrees at another school. In July, Arizona Summit and Arizona State University’s Sandra Day O’Connor College of Law said they were in talks about letting students complete their law degrees at ASU if Arizona Summit’s accreditation is lost.

Tom Williams, an assistant dean and chief of staff at ASU Law, told the ABA Journal that as of Tuesday, they are still negotiating a teach-out plan with Arizona Summit. However, he stressed that Arizona Summit has not said that it is closing, and its administrative appeal remains open.

“We’re talking about a theoretical as far as I know. For all I know, if they win their appeal with the ABA, they could decide they are back in business and take in new students for the spring 2019 semester,” Williams said.

He also told the ABA Journal that if ASU Law does enter into a teach-out plan with Arizona Summit, they will not take in students who don’t appear capable of completing a legal education program and passing a bar exam.

Williams mentioned ABA Standard 501, which requires that law schools only admit candidates who appear capable of completing law school and passing a bar exam. The standard wouldn’t apply to the potential teach-out plan, Williams said, because the students in question are not from his school, “but I will say that the ethics behind 501 still apply. We don’t want any student to be paying tuition for a JD if we don’t think they can be successful here.”

Barry Currier, the ABA’s managing director of accreditation and legal education, said in a statement: “We appreciate that this is a difficult time for students and faculty and staff at Arizona Summit Law School. But because of confidentiality rules under ABA Standards and Rules of Procedure for the Approval of Law Schools, we cannot comment further at this time.”

The for-profit InfiLaw school was placed on probation by the council of the ABA’s Section of Legal Education and Admissions to the Bar in March 2017. Accreditation approval was withdrawn in June, and the school filed an administrative appeal with the ABA on July 16.

In May 2018, Arizona Summit became the third InfiLaw school to sue the ABA over accreditation findings, arguing that its due process rights were violated. An Aug. 13 U.S. District Court order granted a stay of the litigation pending the outcome of the administrative appeal. According to the law school’s statement regarding fall classes, the administrative appeal is still pending.

The order states that both parties agreed to a defense motion to stay the case. The administrative appeal is expected to be resolved no later than October 2018, according to an ABA motion filed July 27.

The stay granted Aug. 13 is not indefinite, and ithe order states that if the administrative appeal is not decided by Oct. 26, the parties should notify the court.

“We are pleased that the court agreed to the stay. We expect the internal appeal process to be resolved this fall. We reiterate our prior comment that courts have regularly upheld the ABA’s law school accreditation process, and that we expect to be successful in litigation that challenges the actions of the council,” Currier said in a statement.

According to Arizona Summit’s Standard 509 Information Report for 2017, its median LSAT score is 148, and its median undergraduate GPA is 2.81. Out of 199 students for the 2016-17 academic year, 71 left through nontransfer attrition. Arizona Summit’s bar pass rate for July 2017 was 20.1 percent, according to data released by the Arizona Supreme Court, and its February 2018 pass rate was 19.8 percent.