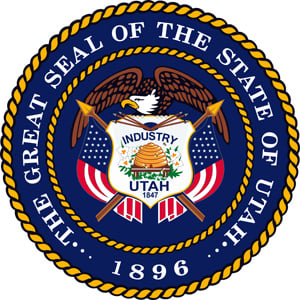 A Utah task force is proposing a “regulatory sandbox” to allow experimentation with nonlawyer ownership of legal businesses and nonlawyer investment in law firms.

New legal services providers would test their services in the regulatory sandbox, overseen by a new regulatory body that gathers data and tests revisions before granting permanent legal services licenses, according to the recommendations made by the Utah Work Group on Regulatory Reform.

To allow for innovation, the work group proposes eliminating or relaxing restrictions on:

The work group was created by the Utah Supreme Court to make recommendations on the regulatory structure for legal services. The group’s report was released on Monday; LawSites, the American Lawyer and Bloomberg Law have coverage.

The report offers some examples of new legal businesses that could be tested under the proposal. One of them could involve accounting firms.

The report cites similar innovations proposed in California and Arizona. The State Bar of California is asking for public comment on proposals that would allow nonlawyers to hold a financial interest in law firms. And an Arizona task force recommended eliminating the ban on lawyers forming partnerships with nonlawyers at a July 11 meeting, Bloomberg Law has reported.

The Utah regulatory body overseeing experimentation would be funded with grants and would be overseen by the Utah Supreme Court during the first phase of the rollout. It would work alongside the Utah Bar, which would continue to have authority over lawyers. In the second phase of the project, the regulator would operate independently with delegated regulatory authority over some or all legal services.

The work group says its aim is to increase access to legal services. “We have concluded that allowing for greater competition, subject to proper regulatory oversight, will bring innovation to the legal services industry in ways that are not even imaginable today,” the report says. “Critically, we believe that allowing for that innovation will be the solution to the access-to-justice problem that plagues our country.”

Utah has already approved licensed paralegal practitioners who will be allowed to practice law without legal supervision in three areas. They won’t be allowed to go to court, however. The first LPPs will be licensed in the next few weeks, the report said in a footnote.

Chairs of the Utah Work Group on Regulatory Reform are Utah Supreme Court Justice Deno Himonas and Salt Lake City lawyer John Lund, a past president of the bar.