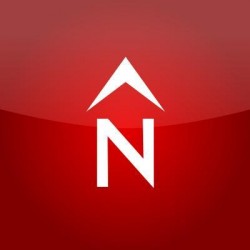 The group includes six partners, and seven of the lawyers will establish a new San Francisco office for Norton Rose Fulbright—the 3,800-attorney megafirm’s 12th in the U.S. and 53rd worldwide, according to the Recorder (sub. req.) and a law firm news release.

“We saw the opportunity to complement and grow the practice by merging with a firm that was geographically more dispersed in areas we just were not in,” partner Eric Tashman, who formerly headed Sidley’s public finance practice on the West Coast, told the legal publication.

He said Norton Rose Fulbright had originally sought to recruit one of Sidley’s partners in New York several times in recent years, then the discussion changed over the past few months to include the possibility of recruiting a larger group.

“We have wanted to expand our firm’s West Coast presence for some time, and San Francisco is the ideal location for our strategic growth,” said Linda Addison, who is Norton Rose Fulbright’s U.S. managing partner, in the release. “These accomplished partners give us a solid foundation in San Francisco, as they possess strong connections to the city’s business leaders.”

“The public finance team is a group of excellent lawyers and great colleagues,” he wrote. “We are happy they have joined a firm where their practice can continue to grow.”

A Norton Rose Fulbright web page and a Legal Week (sub. req.) article discuss the history of the megafirm, which dates back nearly 100 years in the U.S., and to the late 1700s in the United Kingdom.