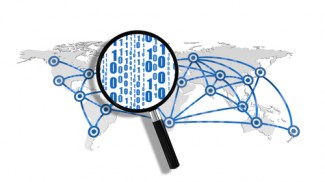 The National Security Agency ceased collecting bulk data for America’s phone records at midnight Saturday, as required by law. But the door remains open for investigators to access such information when targeting specific groups or individuals, Reuters reports.

The victory for privacy activists and tech companies “struck a reasonable compromise which allows us to protect the country while implementing various reforms,” said National Security Council spokesman Ned Price.

The metadata collected over the past five years will be kept until February 29 to ensure a smooth transition with the reform and then the NSA will purge its records as pending litigation is resolved.

The surveillance of metadata—which provides information like the phone numbers called, as well as the duration of the calls—came on the heels of the terrorist attacks of September 11, 2001.

The new law, known as the USA Freedom Act of 2015, came in response to the release of secret documents in 2013 by former NSA contractor Edward Snowden, especially one issued by the Foreign Intelligence Surveillance Court ordering Verizon to provide the phone records, National Public Radio reports.

Phone companies still will have such data and investigators can ask the FISA court for permission to access it. A government study found that use of such information by intelligence agencies had not proved useful in battling terrorism.

The Privacy and Civil Liberties Oversight Board, a bipartisan executive branch agency formed to address concerns with law, regulation and policy developed as a result of 9/11, determined last year that the program was illegal and not useful for national defense. “We have not identified a single instance involving a threat to the United States in which the program made a concrete difference in the outcome of a counter-terrorism investigation,” the board reported.

Just the same, the new law went into effect at a time when security concerns have increased significantly since the terrorist attacks in Paris attacks earlier this month. Great Britain and France are considering legislation that would give their intelligence agencies greater surveillance powers, the Guardian reports.

The British bill would permit bulk collection of phone records, though that could prove sticky because major telephone companies such as Verizon are U.S.-based and it likely would require a new treaty with the U.S.

As security concerns with international implications increase, such problems likely will be highlighted more often. Just today, BlackBerry said it is ending its presence and sales in Pakistan because that government won’t back off demands to monitor user data, reports TechCrunch, an online news publication for the technology industry.

BlackBerry Chief Operation Officer Marty Beard wrote in a blog post that the company does not support “back doors” for accessing its customers’ information, and that “Pakistan’s demand was not a question of public safety” but instead was “essentially demanding unfettered access to all of our BES customers’ information.”