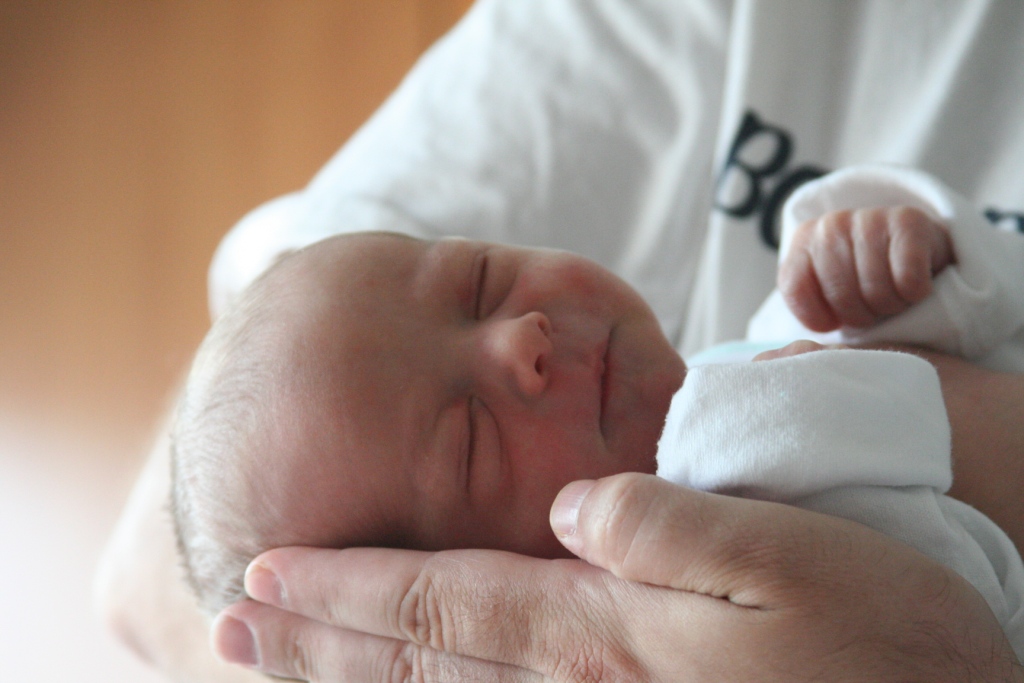 Think you had a harrowing time taking the bar exam? It probably can’t compare to Elana Nightingale Dawson’s experience. The 2011 Northwestern University Law School graduate sat for the Illinois bar in Chicago on July 27, and less than two hours after she finished gave birth to her first child, a boy, Wilson Nightingale Dawson, who weighed in at 6.6 pounds.

Wilson is Dawson’s first child, and she told the ABA Journal that it was not until Wednesday afternoon, while she was working through the bar exam’s multiple-choice section, that she realized something was going on. But, what, exactly, she was unsure of. Everyone told her the first labor takes a long time, and the only indication she had that things were moving quickly was that she didn’t think she could talk during contractions.

Not that she would have. Dawson, 29, stresses that she did not want to disturb the other test-takers.

“The hardest part was going through a contraction and not moving,” says Dawson, who wanted to have natural childbirth but was scheduled for a C-section today, because her baby was in a breech position. She has two federal clerkships lined up, including one on the Cincinnati-based 6th U.S. Circuit Court of Appeals. After that, she’s slated to join Kirkland & Ellis as an associate.

“I just put my head in my hands and breathed,” says Dawson, whose cervix went from 3 centimeters to 6 centimeters in less than two hours. “Hopefully everyone else just thought I was having a really tough time concentrating.”

By 3:15 p.m., Dawson sent a note to a test proctor, asking the person to contact her husband. For the next 45 minutes, she got through the questions as quickly as possible. Her contractions by that time were about 10 minutes apart.

In hindsight, Dawson says she’s grateful that her baby—who as of Friday afternoon wasn’t named yet—didn’t come during the exam’s essay portion.

“Quite frankly, I wasn’t paying as much attention as one could in the afternoon,” she says. “But I wanted to give it a shot.”

Dawson gave birth at Northwestern’s Prentice Women’s Hospital, which is walking distance from where she took the bar exam. Her husband was stuck in rush-hour traffic, and a test proctor accompanied Dawson to the hospital, waiting with her until her husband arrived.

In hindsight, Dawson says that not realizing she was in hard labor was probably what got her through the experience.

“I think anybody can do anything when you don’t realize what you’re doing in the moment,” she says. “There’s something to be said for determination.”

Updated Aug. 4 to add the name of the baby.