Number of LSAT test-takers is up, but the surge isn't helping law schools 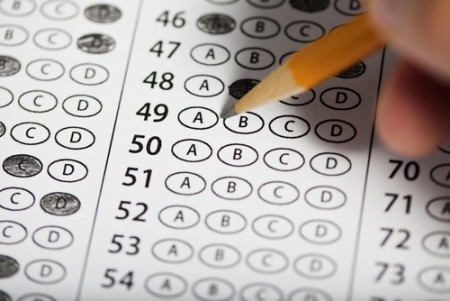 The number of people who take the LSAT has increased for the last three tests. But the surge is not yet benefiting law schools.

The number of people who take the test, when compared to the year before, increased 5.4 percent in February, 7.6 percent in December, and 1 percent in September, Law.com (sub. req.) reports. There was a slight decrease in test takers last June, however.

The 5.4 percent February increase is the largest for that month since February 2009, TaxProf Blog reports.

Despite the increased number of LSAT tests, the number of law school applicants was down 1.9 percent as of March 31, according to Law.com. At this time last year, law schools had received 87 percent of applications. At many law schools, the official deadline for applications already has passed.

Experts interviewed by Law.com said the increase in LSAT tests taken might not translate to more law school applications for several reasons. Some students might be taking the LSAT multiple times, or students might decide not to apply to law school because they are disappointed with their scores. And some students who take the test might simply decide that law school isn’t right for them.

There still could be last-minute applications, however. The article noted two reasons why. An increasing number of schools are pushing back their application deadlines or are accepting applications past the deadline to allow for June test results.