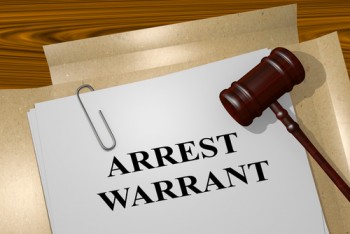 District attorneys in four of the five boroughs of New York City went before judges Wednesday and got them to dismiss approximately 644,000 outstanding arrest warrants going back years for minor offenses, such as drinking in public and riding a bicycle on a sidewalk, the New York Times reports.

The coordinated effort removed a huge weight placed on individuals and the justice system by the so-called “broken windows” policies that became popular in the 1990s – the thought that cleaning up the most minor crime would help prevent or deter more serious ones in reclaiming damaged communities.

“New Yorkers with 10-year-old summons warrants face unnecessary unemployment risk, housing and immigration consequences,” Vance told the judge, asking for the mass dismissal of 240,472 warrants in the borough. “And because they fear they will be arrested for the old infraction, they don’t often collaborate with law enforcement.”

In 2015, Business Insider took a deep dive at the problems with old, outstanding warrants.

In one example, a man mailed a personal check to the court for a ticket for carrying an open container of beer. He wrote the ticket number on the envelope and check, as online instructions advised. But when he was stopped by police after a friend let him through an emergency exit gate at a subway station, a check of his license turned up the ticket as unpaid.

The man spent 12 hours behind bars, transferred from one crowded cell to another during the night.

Significantly, the dismissals will benefit a lot of undocumented immigrants, whose risk of deportation has risen with the Trump Administration – and an old warrant for a minor offense could be the trigger.

Those dismissals are “very significant in terms of the immigration consequences,” says Muzaffar Chishti, director of the Migration Policy Institute at the New York University School of Law.

Prosecutors ensured that outstanding warrants would not be dropped for those who had felony warrants or were under investigation for other crimes.

The amnesty targeted those who had not committed more crimes.

“This is the group I think we can take a risk on,” Vance said.

Staten Island was the only borough that didn’t seek dismissals. Though a Democrat, District Attorney Michael McMahon represents a more conservative district, one where a lot of police families live and where tough-on-crime still is the watchword.

“I believe that issuing blanket amnesty for these offenses is unfair to those citizens who responsibility appear in court and sends the wrong message about the importance of respecting our community and our laws,” McMahon said in a prepared statement.