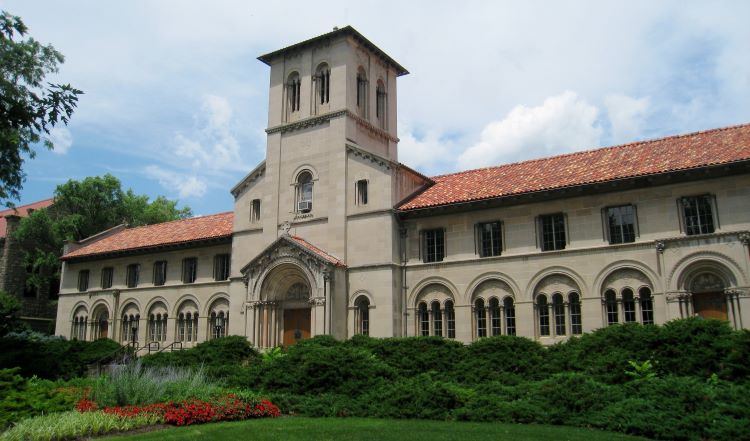 Bosworth Hall on the campus of Oberlin College in Ohio. Photo by Daderot, PD-self, via Wikimedia Commons.

Oberlin College will pay $36.59 million to an Ohio bakery claiming that it was defamed when school officials supported students who accused the business of racial profiling.

College trustees announced Sept. 8 that they would pay Gibson’s Bakery after the Ohio Supreme Court declined to hear an appeal in the case, report the New York Times and CBS News.

The 2017 lawsuit claimed that the liberal school had used its support for protesters to aid and abet libelous accusations of racism.

Students had protested after a white store employee—the son and grandson of the bakery’s two owners—detained a Black student he suspected of shoplifting wine. The accused student and two friends who tried to intervene were all arrested.

The lawsuit claimed that Meredith Raimondo, the dean of students, passed out flyers claiming that the bakery had a “long account of racial profiling and discrimination,” and that students used college resources to plan protests. Other school officials attended the protests, according to a March decision by the Ohio Court of Appeals that upheld juror findings of libel, intentional infliction of emotional distress, and intentional interference with business relationship.

At issue in the appeal were the flyers and a resolution passed by the student senate that said the bakery “has a history of racial profiling and discriminatory treatment of students and residents alike,” the Ohio Court of Appeals said. The resolution also said the Black student “was chased and assaulted at Gibson’s.” A trial judge had found that the statements were actionable statements of fact—not constitutionally protected opinion.

There was testimony that Oberlin College may have made copies of the flyers, had provided a room for students to take breaks during protests, and had supplied coffee and pizza, the appeals court said. There was also evidence that Raimondo agreed to reimburse a student for gloves purchased for protesters, so the protesters “would not get too cold.”

The student senate, meanwhile, was a college-sanctioned organization that received financial support from the school, an office in the student center, and authority to distribute its resolutions by email, the appeals court said. The resolution was emailed to students and posted in a display case in the student union.

The students who were arrested later pleaded guilty to misdemeanor charges. The plea deal included a statement that the Gibson’s Bakery’s employee who tried to stop the accused shoplifter was within his rights, and he did not have a racial motivation, according to past coverage by the ABA Journal.

Jurors had awarded $44.4 million to Gibson’s Bakery in 2019, but the award was reduced to $25 million. The amount to be paid by Oberlin College includes attorney fees and interest.