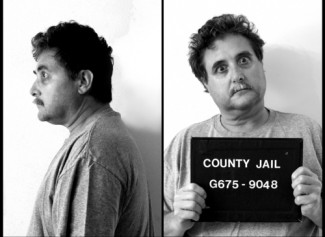 An Ohio lawyer has filed a lawsuit that claims five websites that publish mugshots are violating state law.

The websites will remove mugshots if individuals pay a fee, and that is the problem, according to Toledo lawyer Scott Ciolek. He says the websites are violating a right-of-publicity law that generally bars commercial gain from an individual’s persona without a written consent, the Toledo Blade reports.

“They have to pay these websites to remove their photo, which is extortion,” Ciolek told the Blade. His suit is seeking class action status.

Steve Miller, chairman of the American Civil Liberties Union’s northwest Ohio chapter, told the Blade he can’t comment on the suit, but mugshot websites are not illegal. “The ACLU stands for transparency, and what they’re publishing is public record,” he said.

Miller said his mugshot is on one of the websites because of a 2007 arrest for refusing to leave the office of a congressional representative.