OJ Simpson wins parole in unanimous vote by board 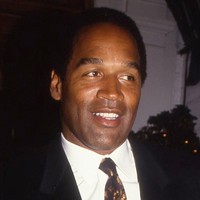 After spending nine years in a Nevada prison for armed robbery, O.J. Simpson will be paroled.

A four-member board voted unanimously Thursday to grant parole, report the New York Times, ESPN, the Associated Press and the Washington Post. He could be released as soon as Oct. 1.

Simpson, 70, was convicted in 2008 for leading a group of armed men into a Las Vegas hotel room of memorabilia dealers and taking some items the former Heisman Trophy winer and National Football League superstar said had been stolen from him. He was convicted 13 years to the day after his acquittal in the murders of his ex-wife, Nicole Brown Simpson, and her friend, Ron Goldman.

Parole board members cited several reasons for the grant of parole. They included Simpson’s good prison record, family support and a low risk of re-offending.

Simpson appeared at the hearing by videoconference. According to the Washington Post, he was “by turns affable and testy, humbled and defiant.” He said that during the robbery, he was only trying to retrieve items that belonged to him and he never pointed a gun at anyone.

“I’m pretty much a guy who’s always gotten along with everybody. I’ve basically spent a conflict-free life.”

ABAJournal.com: “No one is expected to oppose parole for ‘model prisoner’ OJ Simpson”