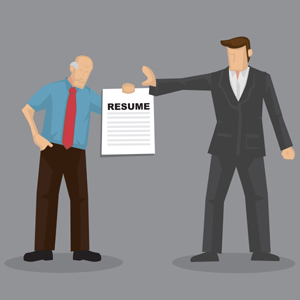 In a decision that has shocked the employment bar, an en banc federal appeals court recently ruled that older job applicants can’t rely on disparate impact in age-bias suits against companies.

The decision interpreted a section of the law that says it is “unlawful for an employer … to limit, segregate, or classify his employees in any way which would deprive or tend to deprive any individual of employment opportunities or otherwise adversely affect his status as an employee, because of such individual’s age.”

Pryor said the plain text of the section covers discrimination against employees. “It does not cover applicants for employment,” he wrote.

The suit filed by Richard Villarreal claims he was rejected by R.J. Reynolds Tobacco Co. because of a hiring guidelines describing the “targeted candidate” as someone who is two to three years out of college and “adjusts easily to changes.”

The U.S. Chamber of Commerce had supported R.J. Reynolds, arguing that older job applicants are different because they have not faced a lifetime of discrimination, according to the Law.com account. “Older workers today were younger workers yesterday,” the Chamber argued.

Lawyer Donald Livingston, who represented the Chamber, told Bloomberg that a contrary ruling could have called into question college recruiting programs and other common employment practices.

The AARP filed an amicus brief supporting the plaintiff. Laurie McCann, a senior attorney with AARP’s litigation arm, told Bloomberg that older workers are already overrepresented among the long-term unemployed, and the 11th Circuit decision “only exacerbates that situation.”