One twin born to same-sex parents was declared a citizen, the other was not; judge disagrees 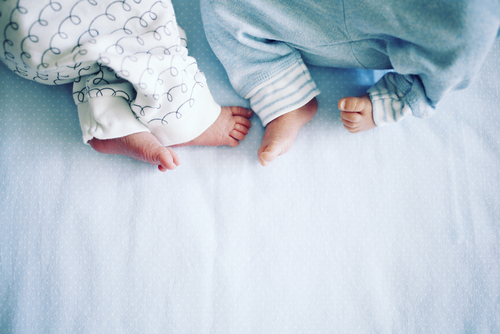 A twin son born abroad to two married men—one a U.S. citizen and the other Israeli—is a U.S. citizen even though he was conceived with the sperm of the Israeli parent, a federal judge has ruled.

U.S. District Judge John Walter of Los Angeles said the child, Ethan, was a U.S. citizen at his birth in September 2016, just like his twin brother, Aiden, who was conceived with the sperm of the U.S. parent. The Washington Post, the Associated Press and the New York Times covered the Feb. 21 decision.

The boys’ parents had sought a “Consular Report of Birth Abroad” and a passport for the boys in January 2017 when they were living in Canada. The parents had used an anonymous egg donor and surrogate to conceive.

Walter said a child born during a parents’ marriage does not have to demonstrate a biological relationship with both parents under the Immigration and Nationality Act. Because he ruled for Ethan and his parents, Walter said, there was no need to reach the plaintiffs’ argument that the State Department’s interpretation of the INA violated the due process clause of the Fifth Amendment.

“While this ruling did not explicitly strike down the State Department’s policy, it is a strong indication that the department should do so on its own,” Morris said in a press release. “We will continue to fight until all same-sex couples have their relationships fully recognized.”

The State Department said in a statement Friday that it is reviewing the decision.

The case is Dvash-Banks v. Pompeo.