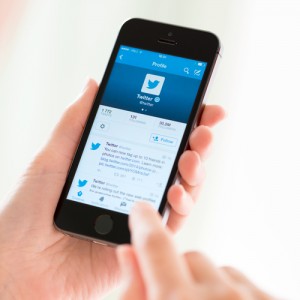 “One man’s vulgarity is another man’s lyric,” said Judge Brent Knazan as he announced the acquittal of Gregory Alan Elliott, reports the National Post.

The comment echoes what the U.S. Supreme Court said in a 1971 opinion reversing the conviction of a man who had worn a jacket with the slogan “Fuck the Draft” in a Los Angeles courthouse. The case put the phrase “one man’s vulgarity is another’s lyric” into the American cultural lexicon, notes a First Amendment Center page discussing the Cohen v. California case.

In the majority opinion in the 5-4 decision, Justice John Marshall Harlan said the slogan was neither a direct personal insult nor fighting words.

In Elliott’s case, the “mean, crass” comments he made to two Toronto women’s rights activists did not directly threaten violence, Knazan said, and a sense of harassment they felt was based more on the number of tweets than what Elliott said in them. The judge also pointed out that they made tweets critical of Elliott, who continued to use hashtags they frequented although they blocked him on their own accounts, the National Post reports.

While the two women may have feared Elliott, proof was lacking that he was aware of how they felt or could potentially be violent, the judge said.

Attorney Chris Murphy defended Elliott, arguing that his client had simply been debating the women.

Arrested in 2012, Elliott said after the verdict that he was relieved and had found a court-imposed Internet ban imposed on him in the interim helpful.

“It is so much healthier and nice to be out with real people,” he said. “You can’t spend all your time online.”

The women were present for the verdict, in a standing-room-only crowd, but did not comment immediately afterward, the article says.