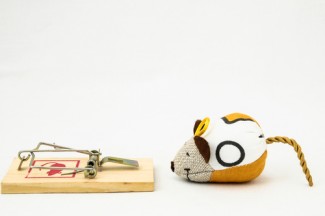 A law professor who used a bar directory and online resources to track down more than 1,100 lawyers who passed Ohio’s bar exam in 2010 feels “great sadness” for her study subjects.

Ohio State University law professor Deborah Jones Merritt found that at least a quarter of the 2010 bar admittees weren’t using their law licenses four years later, a finding she attributes to structural changes in the market for legal labor. Merritt summarizes her findings at the Law School Café.

Only three-quarters of the licensed Ohio lawyers held jobs requiring a law license four years later, only 40 percent worked in law firms and nearly 10 percent billed themselves as solo practitioners. Among the solos, Merritt found no evidence of an active practice, such as a website, for half of them. Merritt couldn’t find employment for 6.3 percent of the lawyers, and Merritt suspects they are unemployed.

“At least one-quarter of newly licensed lawyers are not using licenses that they invested substantial time and money to obtain,” she writes in a paper posted to SSRN. “When estimated as a percentage of all law school graduates, including those who never took or passed the bar, the figure is an even more remarkable one-third.”

No such improvement occurred for the Ohio class of 2010, 39 percent of whom practiced with a law firm nine months after graduation, Merritt says.

About 2 percent of the business positions held by Ohio class of 2010 in 2014 were nonprofessional positions in areas such as tennis instruction, office management, lingerie sales and pest control.

“It’s hard to read the job histories without feeling great sadness for the Class of 2010,” Merritt writes at the Law School Café. “The changes we are seeing in lawyer employment are systemic; they arise from shifts at many levels of the job market.”

Merritt believes the legal job market is being affected by an oversupply of lawyers, deregulation of the legal profession, new technology, use of outsourcing and contract lawyers, increased reliance on nonlawyers for legal work and competition from global providers.

Merritt notes her study didn’t include law grads who didn’t pass the bar, and it didn’t distinguish between full- and part-time jobs or temporary and permanent jobs. In addition, she notes that some grads may have exaggerated the character of their position.

Hat tip to the Faculty Lounge.