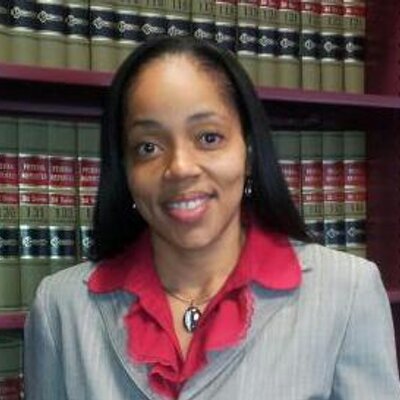 Body cam video of Orlando police officers pulling over Florida’s only black state attorney has gone viral after some commentators suggested the stop could have been due to racial profiling.

Orange-Osceola State Attorney Aramis Ayala, who has been in the news for refusing to seek the death penalty, was on her way home from teaching a law school class on June 19 when she was pulled over. NBC News, Orlando Weekly, the Tampa Bay Times, Florida National News, the Orlando Sentinel and the Washington Post are among the publications that covered the encounter.

Ayala has her driver’s license ready for the officers, who ask her what agency she is with. Ayala says she is the state attorney.

An officer quickly thanks Ayala and says the stop was made after a check of her license plate did not show it was registered to any vehicle. “We ran the tag, I’ve never seen it before with a Florida tag, it didn’t come back to anything, so that’s the reason for the stop,” an officer says.

Ayala asks the officer why he ran the tag, and he replies: “Oh we run tags through all the time, whether it’s a traffic light and that sort stuff, that’s how we figure out if cars are stolen and that sort of thing. Also, the windows are really dark. I don’t have a tint measure but that’s another reason for the stop.”

Ayala said in a statement that the video was released after a public records request, and it has received more than 2 million views. “To be clear, I violated no laws,” Ayala says in the statement. “The license plate, while confidential, was and remains properly registered. The tint was in no way a violation of Florida law. Although the traffic stop appears to be consistent with Florida law. My goal is to have a constructive and mutually respectful relationship between law enforcement and the community.”

The Orlando Police Department also issued a statement saying license plate tags are routinely run on patrol, and Ayala’s plate did not come back as registered to any vehicle. “As you can see in the video,” the statement says, “the window tint was dark, and officers would not have been able to tell who, or how many people, were in the vehicle. No complaint has been filed in reference to this traffic stop.”