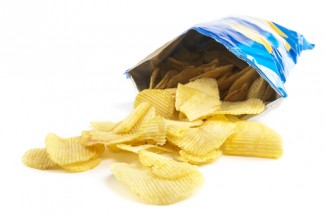 A diabetic woman fired after nearly 18 years on the job for eating a $1.39 bag of chips before she paid for it has accepted a $180,000 settlement of her disability discrimination claim.

The settlement by Walgreens with Josefina Hernandez, 57, was announced Wednesday by the Equal Employment Opportunity Commission, the San Francisco Chronicle reports.

Hernandez said she grabbed the chips and ate them in 2008 to stabilize her blood sugar and fend off a hypoglycemic attack; a security officer later who had asked her why she took the chips without paying testified that he hadn’t understood her note: “My sugar low. Not have time.”

The nation’s largest drugstore chain initially denied any connection between her diabetic condition and the violation of a Walgreens policy that employees must pay for food before eating it, the Chronicle reports. However, the settlement followed an April ruling by federal judge in San Francisco denying the company’s motion for summary judgment.

In addition to the payment to Hernandez, Walgreens will also revise its policies and provide training to its employees about complying with the Americans with Disabilities Act. The EEOC said Walgreens discriminated against Hernandez both by terminating a qualified employee due to a disability and by failing to make a reasonable accommodation.

Attorney Cindy O’Hara said the settlement covered emotional distress and lost wages for Hernandez, who has been out of work since she was fired.

Senior attorney Chris Murray of Walgreens said the company is “pleased to have reached a resolution that avoids the time and expense of continued litigation for all parties involved” and described the settlement as “consistent with our past and future commitment as an industry leader for accommodating the special needs of any employee who has an illness or disability.”