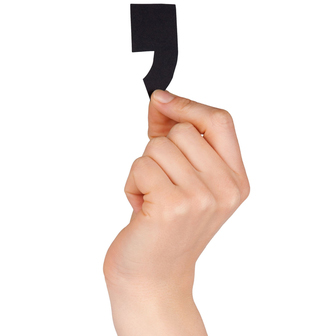 Ambiguity caused by lack of a comma in a law on overtime pay has benefited Maine dairy delivery drivers.

The Boston-based 1st U.S. Circuit Court of Appeals pointed out the issue in the first sentence of its March 13 decision (PDF). “For want of a comma, we have this case,” the court said in an opinion by Judge David Barron. The Daily Labor Report, Quartz and FindLaw have stories.

Because the statute was ambiguous, it should be interpreted in favor of the dairy workers who distribute milk but do not pack it, the appeals court found.

The statute provided that workers were not entitled to overtime if their jobs involved “the canning, processing, preserving, freezing, drying, marketing, storing, packing for shipment or distribution of: (1) agricultural produce; (2) meat and fish products; and (3) perishable foods.”

Because there was no comma after “packing for shipment,” the drivers argued, “distribution” was not a separate activity. They also provided another grammatical argument: The first items in the list—canning, processing and the like—were gerunds, while the words “shipment” and “distribution” were not. That showed that “distribution,” like the word “shipping,” was an object of the preposition “for”—and was not a separate activity that barred them from collecting overtime.

The drivers’ employer had pointed to a lack of a conjunction before “packing.” The drivers responded with a citation to a book by the late Justice Antonin Scalia and Bryan Garner that says statutory drafters sometimes omit conjunctions in a list in a technique called “asyndeton.”

The appeals court noted the conflicting arguments and sided with the drivers, citing the protective purpose of the overtime law. According to Quartz, “the profoundly nerdy ruling is … a win for anyone who dogmatically defends the serial comma,” which also is known as the Oxford comma.