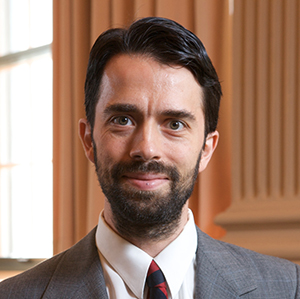 A political action committee recently placed an advertisement in support of Stephanos Bibas’ nomination to the Philadelphia-based 3rd U.S. Circuit Court of Appeals, and some wonder whether it might lead to him recusing himself from certain cases, if he is confirmed.

The advertisement was spotted on PennLive.com, and seemed to target viewers based on their searches, the Legal Intelligencer reports. It features a picture of the University of Pennsylvania Law School professor with language asking that people tell their senators to confirm Bibas.

“Whether at some point this would give rise to recusal, that’s a gray area,” Arthur Hellman, a law professor at the University of Pittsburgh School of Law, told the ABA Journal.

“I think many judges are troubled by the increasing politicalization of both the confirmation process and the perception of judges,” added Hellman, whose academic work focuses on federal judicial ethics.

He mentions Caperton v. A. T. Massey Coal Co., a 2009 U.S. Supreme Court case. There, the court held 5-4 that Brent Benjamin, a West Virginia Supreme Court justice, should have recused himself from the case, because the company’s CEO had donated $3 million to Benjamin’s state appellate court campaign.

“That gives rise to the question of whether a federal judge or justice must disqualify himself from cases in which PAC support for (or opposition to) a nominee creates a similar probability of bias when a party closely associated with the PAC has a case before that judge,” Charles Gardner Geyh, a professor at Indiana University’s Maurer School of Law, told the ABA Journal.

Interest groups have increasingly been involved in federal judicial appointments, including circuit courts, since the 1990s, says Geyh, whose academic work centers on ethics and judicial conduct. That started in 1987, he says, when President Ronald Reagan nominated Robert Bork to the U.S. Supreme Court.

Judges may need to recuse themselves in matters where a party lobbied against them as well. Geyh mentions Perotto v. R.J. Reynolds Tobacco Co., a 2015 Florida Supreme Court case. There, the court disqualified a state judge from a case where counsel had publicly criticized her appointment to the federal bench. Florida’s judicial conduct rules are similar to the federal court’s, according to Geyh.

Hellman notes that various interest groups supported and opposed the recent nomination of Neil Gorsuch to the U.S. Supreme Court. Still, he thinks it’s unusual that interest groups would spend money on a federal appellate seat.

“Ordinary people wouldn’t think the states were that high at the appellate level for national groups to get involved,” he said. “Even at the U.S. Supreme Court level it’s relatively new, but it shows how things that start at the Supreme Court level are now trickling down and being replicated for lower-court nominations.”

A University of Pennsylvania Law School spokesperson told the ABA Journal that Bibas had no comment for the article. Bibas, a criminal law professor who directs the school’s supreme court clinic, graduated from Columbia University at the age of 19. He is a 1994 Yale Law School graduate who also has an honorary MA from Oxford, and he clerked for U.S. Supreme Court Justice Anthony Kennedy.