Pacer should be free, according to amicus brief by Posner and 6 other retired judges 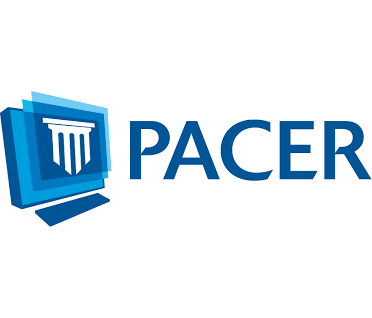 Updated: Plaintiffs who claim Pacer fees are illegally excessive are getting lots of support in amicus briefs filed in their pending federal appeal.

Among the amici are seven retired federal judges who argue that Pacer should be free, report the New Republic and Law.com. The judges include former Circuit Judge Richard Posner of the Chicago-based 7th U.S. Circuit Court of Appeals.

The judges’ brief argues that docket-access fees reduce judicial transparency and the legitimacy of the courts. Other retired federal judges filing the brief include Shira Scheindlin, W. Royal Furgeson and Nancy Gertner.

Other amici supporting the plaintiffs include former U.S. Sen. Joe Lieberman, the original sponsor of the law at issue in the suit; several legal research platforms; media organizations; the American Civil Liberties Union; and the Cato Institute.

Lieberman said excessive fees create a system where the rich and poor have different access to federal court records.

Pacer cost slightly more than $3 million to operate in 2016, but it brought in more than $146 million in fees, according to the New Republic article.

The class-action lawsuit, pending in the U.S. Court of Appeals for the Federal Circuit, argues that the E-Government Act of 2002 limits Pacer fees to the marginal cost of running the federal courts’ electronic docket system. The law says the judiciary authorizes the judiciary to levy fees “only to the extent necessary” to provide “access to information available through automatic data processing equipment.”

From 2010 to 2016, the federal courts collected $920 million in Pacer fees. During that period, the judiciary spent about $185 million of the money on courtroom technology, and millions more on other projects, including $75 million for automated notices to creditors in bankruptcy cases.

In a decision last March, U.S. District Judge Ellen Segal Huvelle of Washington, D.C., disagreed with the government’s contention that Pacer can be used to fund any technology related to disseminating information through electronic means.

But she also said the plaintiffs’ reading of the law was too restrictive, and fees could be used for services that provide the public with access to information stored in the docketing the system.

Digital equipment that makes courtroom audio on Pacer is one example of courtroom technology that might legitimately be funded with Pacer fees, she said. She also upheld the money spent on the creditor notices.

The suit was filed in 2016 by the National Veterans Legal Services Program, the National Consumer Law Center and the Alliance for Justice.

On Wednesday, ABA President Bob Carlson wrote a letter to two members of the U.S. House of Representatives reiterating the ABA’s support for ending Pacer fees. The association had called for free online access to court and docket information as early as 1995, Carlson said.

“Many of our members are in solo or small firm practice, work for nonprofit organizations or governments, or teach law; for them, access to federal court records may be a professional necessity, albeit an expensive one,” Carlson wrote. “Court records are public records, and technology has made it both cost-effective and convenient to make those records available to the public in a timely fashion and on a no-fee basis.”