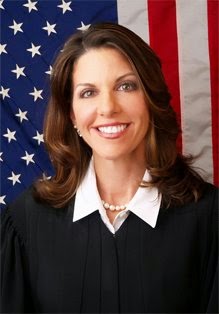 A federal judge in Miami has dismissed a lawsuit filed by 15 students present during the Valentine’s Day shooting at their school in Parkland, Florida.

Nikolas Cruz, a former student, has been charged in the shooting that killed 17 students and school staff members and injured 17 others.

Among those named in the suit are officials at the Marjory Stoneman Douglas High School and the Broward County sheriff’s office.

Bloom said the students’ suit arises from the actions of Cruz, rather than a state actor.

Bloom did allow a separate allegation against former school resource deputy Scot Peterson regarding his search of a student’s backpack on the morning of the shooting.

The students who filed the suit had alleged a violation of their civil and due process rights under the 14th Amendment.

The lawsuit had claimed that a school monitor recognized Cruz as a danger. But rather than stopping Cruz, the monitor merely radioed a colleague about a suspicious person entering school grounds, the suit said.

The suit also alleged that Peterson had remained outside the building while Cruz was inside shooting students. And the suit claimed that a Broward sheriff’s commander at the scene prevented emergency responders from entering the building to confront Cruz or help the victims.

Bloom cited the 1989 Supreme Court decision DeShaney v. Winnebago County, which said that the due process clause “is phrased as a limitation on the state’s power to act, not as a guarantee of certain minimal levels of safety and security.”

The government does have a duty to protect when a person such as a prisoner is in custody, Bloom said.

But school custody doesn’t rise to a level that requires an obligation to protect, Bloom said, citing appellate precedent.

A Broward County judge reached a different conclusion in a lawsuit filed in state court, according to the Sun Sentinel. In that case, Judge Patti Englander Henning rejected Peterson’s contention that he had “no legal duty” to protect the students.

ABAJournal.com: “The right age to die? For some, science outpaces the Supreme Court on juveniles, death penalty”