Part of access to justice gap is that Americans don't know when to seek legal help, says study 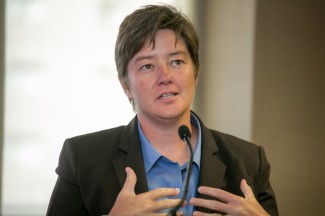 Corrected: The findings of a study released Friday by the American Bar Foundation provide additional evidence of a serious gap in access to legal services for many Americans. But those findings also suggest that the reasons for the gap can’t be blamed entirely on the usual suspects.

Using a list of 12 common types of civil justice issues that people are likely to encounter, including employment disputes; financial and housing matters; relationship breakdowns and their aftermath; and personal injury, the “Community Needs and Services Study” determined that individuals seldom turn to lawyers and courts to help them find solutions.

But despite the common thinking that people don’t hire lawyers due to concerns about the cost of legal services, the study findings suggest that “Americans do not take most of their justice situations to lawyers or courts for another very important reason: they do not understand these situations to be legal.”

The findings (PDF) were presented by Rebecca L. Sandefur, a faculty fellow at the ABF and a sociology professor at the University of Illinois in Champaign-Urbana, during a program at the 2014 ABA Annual Meeting in Boston. The findings are based on personal interviews of residents across all economic and demographic spectrums during 2013 in a mid-size city in the Midwest, which is not identified in the report. The interviews were a key part of the study, conducted by Sandefur for the ABF and partially funded by the National Science Foundation.

“A lot of our everyday problems bump up against the law,” said Sandefur, but “the law enters people’s minds so seldom. They have a significantly different frame for thinking about these issues than we do.”

Actually, the study found that the most common method for dealing with civil justice situations is self-help, which was used by 46 percent of the survey participants. Another 16 percent of the survey participants said they do nothing to address the situations they face, and another 16 percent said they seek help or advice from family members or friends. Only 15 percent said they seek help from a third-party advisor or representative, which might include clergy members, elected officials, social workers and government agencies as well as lawyers and courts.

But outcomes were not often satisfying for the random sampling of adults in the study. Sixty-six percent of the participants reported experiencing at least one of the 12 categories of civil justice situations during the 18 months prior to being interviewed for the study, but 47 percent of the situations they experienced brought negative outcomes, such as adverse effects on their health; loss of income; and verbal or physical violence or threats of violence.

The implications of the study findings are sobering, said other panelists at the program. “It’s clear that we need to rethink the legal services delivery system,” said Helaine Barnett, a past president of the Legal Services Corporation who now chairs the Chief Judge’s Task Force to Expand Access to Civil Legal Services in New York. She also is an adjunct professor at New York University School of Law.

Current LSC President James Sandman voiced a similar message. For the legal profession, the message of the report is in “learning how to not think like a lawyer,” he said. “We need to shed our elitism and self-centeredness, and think about our clients and their problems.”

Incoming ABA President William C. Hubbard has made closing the gap in delivering civil legal services his top policy priority for the coming year. He is a partner at the Nelson Mullins law firm in Columbia, South Carolina.