Partner profits increase even as law firm demand remains flat; is it an unsustainable model? 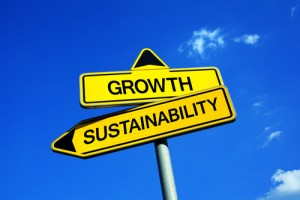 Law firm partners are reaping “soaring” profits amid flat demand for law firm services, creating “an unsustainable model” for law firms, according to the co-founder of a company that developed virtual workplace technology.

Writing at Forbes, Mark Cohen says an increasing percentage of legal services are being provided outside of law firms, even as partners are earning more. Law firms, he asserts, “have an unsustainable model that remains largely intact even as clients are seeking options.”

Cohen wrote his essay shortly before the release of a report predicting 2017 will likely be another year of modest growth for law firms. The report by Citi Private Bank’s law firm group and Hildebrandt Consulting found that demand for law firm services grew by just 0.3 percent the first three quarters of this year. During that same time frame, expenses grew by 3.4 percent and revenue increased by 3.7 percent, fueled by an increase in billing rates. Bloomberg Big Law Business and the Am Law Daily (sub. req.) covered the report.

Cohen blames the lagging demand for law firm services partly on the traditional law firm model, which is built on business generation and revenue, achieved by lots of billable hours. As result of that model, Cohen says, “law firms have generally been laggards in effectively deploying technology.”

Legal services companies are savvy in their use of technology and process management, and they can accept institutional investment to develop technology, while offering reduced prices, Cohen says. Also competing with law firms are in-house legal departments, which have a long-term financial stake in the company’s success. In-house lawyers are handling more legal work because of “law firms’ inability to deliver legal expertise and value—as well as to integrate technology and process in delivery,” Cohen says.

Cohen was a co-founder of Clearspire, which consisted of a law firm made up of lawyers working from remote locations and a company that developed a workplace collaboration tool to support its operations. The law firm is no longer operating.