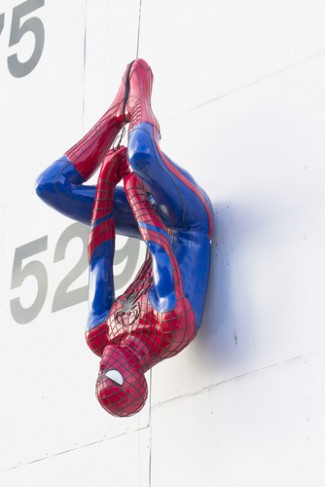 The U.S. Supreme Court refused to overturn precedent in a 6-3 ruling for Marvel Entertainment on Monday in a dispute over patent royalties for a Spider-Man toy.

The majority decision (PDF) by Justice Elena Kagan found that Marvel did not have to pay promised royalties to the inventor of a web-shooting toy after the patent term expired. “Patents endow their holders with certain superpowers,” Kagan wrote, “but only for a limited time.”

The court’s ruling in Kimble v. Marvel Entertainment reaffirmed the 1964 Supreme Court decision, Brulotte v. Thys Co. “What we can decide, we can undecide,” Kagan wrote. “But stare decisis teaches that we should exercise that authority sparingly.”

The decision is a loss for toy inventor Stephen Kimble and the purchaser of an interest in his patent. Kimble acquired the patent in 1990 for a toy that shoots foam string from a hand, imitating the web spun by a spider person. Kimble sought to market the toy to Marvel’s predecessor, which then produced its own “Web Blaster” toy without paying Kimble.

Kimble sued Marvel in 1997, and the parties settled for a lump sum payment to Kimble, along with a 3 percent royalty on sales of the toy with no cutoff date. Neither side was aware of Brulotte at the time of the settlement. Marvel later “stumbled across Brulotte” and sought a declaratory judgment that it no longer needed to pay royalties after the end of the patent term in 2010, Kagan said.

Kagan’s ruling for Marvel also included a reference to the 1960s-era Spider-Man TV theme song, according to Slate and the Washington Post.